Grand Slam of Golf moves to Trump National in LA 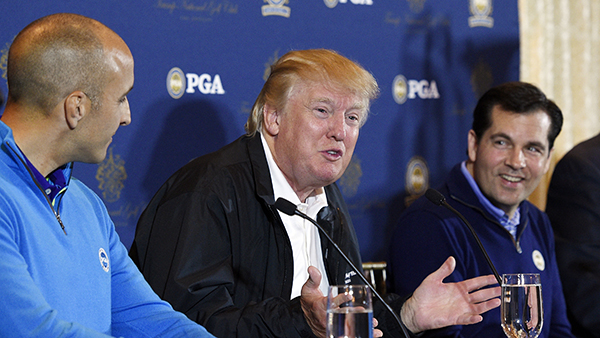 RANCHO PALOS VERDES, Calif. – The Grand Slam of Golf is moving to Trump National in suburban Los Angeles this fall.

The multi-year agreement between the PGA of America and the Trump Organization was announced Tuesday.

The event will be played Oct. 19-21 in its return to the U.S. mainland for the first time since 1993. It features the winners of golf’s four majors: the Masters, U.S. Open, British Open and PGA Championship.

Golf Channel will air the event.

The course also will host the PGA Junior League championship on Oct. 17-19.