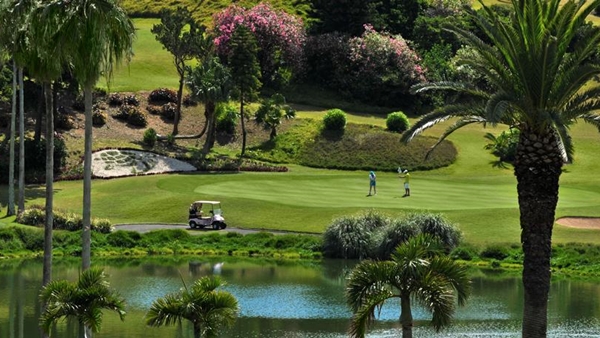 ACTON, Ont. —With most of Canada in a deep freeze, the prospects of green grass, warm winds and championship golf seem like a fantasy.

However, the Grey Goose World Par 3 Championship hosted at Turtle Hill Golf Club at The Fairmont Southampton in Southampton, Bermuda, is a golfer’s dream reprieve from the cold and snow.

Now in its sixth year, the championship takes place March 27-29 and is expected attract participants from 15 different countries, including a number of players from the PGA of Canada Player Rankings presented by RBC.

The Grey Goose World Par 3 Championship has steadily grown in popularity and prestige over the past five years,” said Adam LeBrun, Tournament Director and Managing Director of Championships and Events for the PGA of Canada. “This year will be no different and look forward to another star-studded international field on a golf course that is truly second-to-none.”

With a total prize purse of $75,000 (USD), the top 50 per cent will be paid out with the champion taking home the first place prize of $20,000. In addition, a number of cars will be up for grabs as hole-in-one prizes.

Entry into the Grey Goose World Par 3 Championship is $325 (USD) with registration closing on March 6th.

In addition to the professionals in the championship, the field will be rounded out by amateur golfers—from Bermuda, the United States, Canada and Europe—vying for titles in the men’s, women’s and senior divisions.

Entry into the amateur divisions is $275 (USD) with registration also closing on March 6th.

The Turtle Hill Golf Club has been recognized by Golf Magazine as one of the “Top 5 Par 3 Courses in the World” and is a recipient of Golf Digest’s “Best Places to Play Golf Award.”