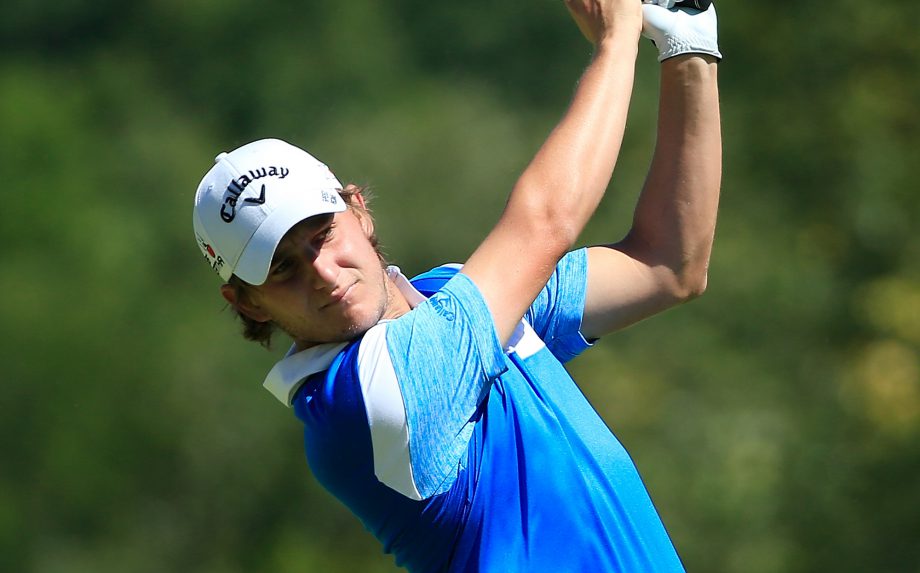 DAVIDSON, N.C. – Argentina’s Emiliano Grillo shot a 4-under 68 on Saturday for a share of the third-round lead with Eric Axley in the Web.com Tour Finals’ Small Business Connection Championship.

The tournament is second in the four-event series features the top 75 players from the Web.com Tour money list, Nos. 126-200 in the PGA Tour’s FedEx Cup standings and non-members of the tour such as Grillo who earned enough money to have placed in the top 200 had they been eligible to receive points. The top 25 players on Web.com regular-season money list earned PGA Tour cards. They are competing against each other for tour priority, with regular-season earnings counting. The other players are fighting for another 25 cards based on series earnings.

The 22-year-old Grillo missed three putts inside 6 feet on his first four holes and struggled on the greens the rest of the afternoon. He two-putted for birdie on the par-5 18th for a share of the lead,

“I think I could have shot 29 on the front very easily, but I couldn’t make anything from short range or mid-range,” said Grillo, a playoff loser in March in the PGA Tour’s Puerto Rico Open. “The best club for me today was definitely not the putter. I played solid on the back and had good chances and hit good putts, they just didn’t go in.”

Axley, the 2006 Texas Open winner, was 189th in the FedEx Cup standings. he hit only five of 14 fairways in regulation.

“I couldn’t get it in the fairway,” Axley said. “I didn’t miss by much, maybe 3 or 4 yards, but you could not get it near the pins from the rough.”

Brett Stegmaier, the leader after each of the first two rounds, had a 73 to drop into a tie for third with Kyle Stanley (65) at 12 under. Stegmaier was 69th on the Web.com Tour regular-season money list. Stanley, the 2012 Phoenix Open winner, was 181st in FedEx Cup standings.

Canadian Brad Fritsch tallies three birdies and an eagle, but ends the day at even-par to sit T41.