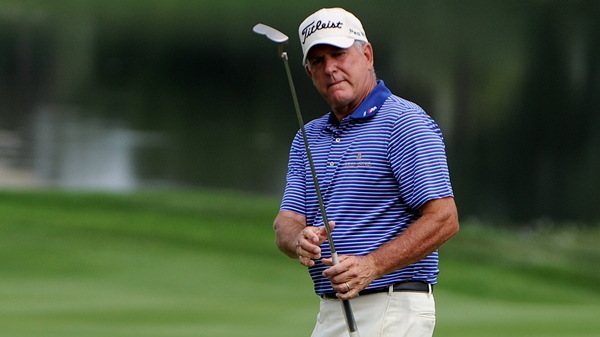 Durant had his best score since joining the 50-and-over tour in April. He rebounded from two early bogeys with eight birdies and an eagle on Rock Barn Golf and Spa’s Champions Course.

Roger Chapman and Scott Dunlap shot 65. Kirk Triplett, a two-time winner this season, was another stroke back along with Bill Glasson, Mike Goodes, John Riegger and Rocco Mediate.

Colin Montgomerie opened with a 69. A two-time major winner this season, Montgomerie is second in the Charles Schwab Cup standings – 771 points behind Bernhard Langer with three events left.

Langer is skipping the tournament. He has a tour-high five victories, two of them majors.

Jim Rutledge was even after an opening-round 71.