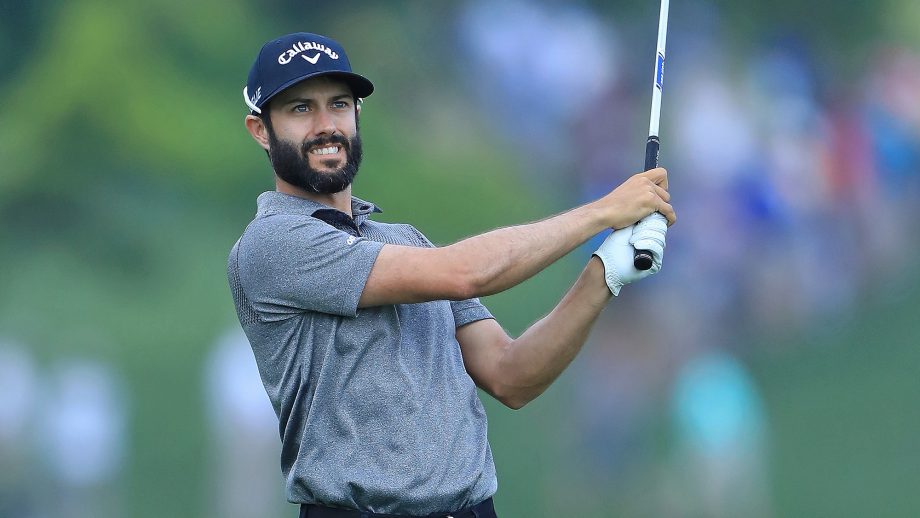 Adam Hadwin’s work on his all-around game has resulted in a steady PGA Tour season, but he hopes it pays bigger dividends at a U.S. Open course known to reward versatile golfers.

The native of Abbotsford, B.C., will tee off at his fourth career U.S. Open when the major tournament kicks off Thursday at Shinnecock Hills Golf Club, a storied and notoriously tricky course.

“I like tradition and tournaments where par means something,” Hadwin told The Canadian Press in a recent interview. “My game suits that pretty well, which should go hand-in-hand with the U.S. Open.

“I’m really of the mindset that it doesn’t matter what the golf course is, I can adapt my game to fit anything.”

Hadwin, Canada’s highest-ranked male golfer, has enjoyed a successful if unspectacular season. He has three top-10 finishes and hasn’t missed a cut so far.

He arrived at Shinnecock Hills Golf Club on Sunday, a day earlier than usual for a tournament week, to check out the course for the first time.

Shinnecock, established in the 1891, is hosting its fifth U.S. Open. The course on Long Island in New York has implemented larger greens and wider fairways since 2004, the last time it played host.

Jeff Hall, managing director of rules and Open Championships for the United States Golf Association, said the last three U.S. Open champions at Shinnecock _ Raymond Floyd (1986), Corey Pavin (1995) and Retief Goosen (2004) _ knew how to play the game in a variety of ways.

“If it required knocking the ball down they’d do it. Move it left? move it right? they could do it. It really is a complete examination,” he said. “I don’t think it punishes a long player or favours a long player, you just need to be able to play a lot of shots.”

That could favour Hadwin, who took last week off to work on basics like set-up, alignment, ball position and posture.

The 30-year-old feels his well-rounded game is taking shape just in time for the second major tournament of the season.

“I feel like I’m hitting it well. I’m hitting the ball both ways and I’m seeing different shots,” he said. “It gives me a lot of confidence moving forward that I’m continually doing the right things and I’ve just got to keep at it.”

Garrett Rank, a full-time NHL referee who played only four rounds of golf during the hockey season, was co-medallist at his qualifying site in Georgia and will play his first U.S. Open this week.

Rank, of Elmira, Ont., worked 73 games during the regular season and three playoff games in his second NHL season.

But his golf resume is just as impressive.

He is a three-time Canadian Mid-Amateur Champion and represented Canada at the Pan-Am Games in 2015.

He said U.S. Open-style golf fits his game because he enjoys shooting around par, hitting long irons into greens, and playing steady.

“If it was a tournament where I had to shoot super low, I would probably be a little more uncomfortable,” he said.

Rank was diagnosed with testicular cancer in his early 20s, but since has received a clean bill of health.

“2018 has been pretty cool,” he said. “Playing with the best players in hockey on the ice, and now obviously I’ll play with the best golfers in the world at the U.S. Open. It’s a pretty cool life I’m living right now and I’m very thankful for that.”

It’s been a year of learning Mackenzie Hughes, but the native of Dundas, Ont., he said he’s hopeful his performance at the U.S. Open qualifier will be a springboard for success.

Hughes shot 10-under par over a 36-hole qualifier in Tennessee to finish tied for second. This will be his second U.S. Open after also qualifying in 2013.

The 27-year-old and his wife, Jenna, welcomed their first child last fall and Hughes has been trying to balance fatherhood with the demanding schedule of professional golf.

He’s made only five cuts in 14 events this year, but is encouraged by his result in the qualifier and is eager to tee it up at another major.

“I’m excited to play, and I know I’m good enough to play well in it,” he said. “It’s one of those things where now that I’m in I’m going to try to treat it like any other event, prepare, and play well.”

Toronto’s Mark Hoffman and Corey Conners of Listowel, Ont., will await their fate this week as both finished as first alternate at their qualifiers.

Conners, who notched his best ever PGA Tour finish at the Fort Worth Invitational in May, lost in a three-man playoff for two spots at Springfield Country Club in Ohio.

Hoffman lost in a two-man playoff for one spot at Canoe Brook Country Club in New York. He’s returning from an ankle injury after tearing two ligaments in March, and says the 36-hole qualifier was the first time he’s walked that much in months.