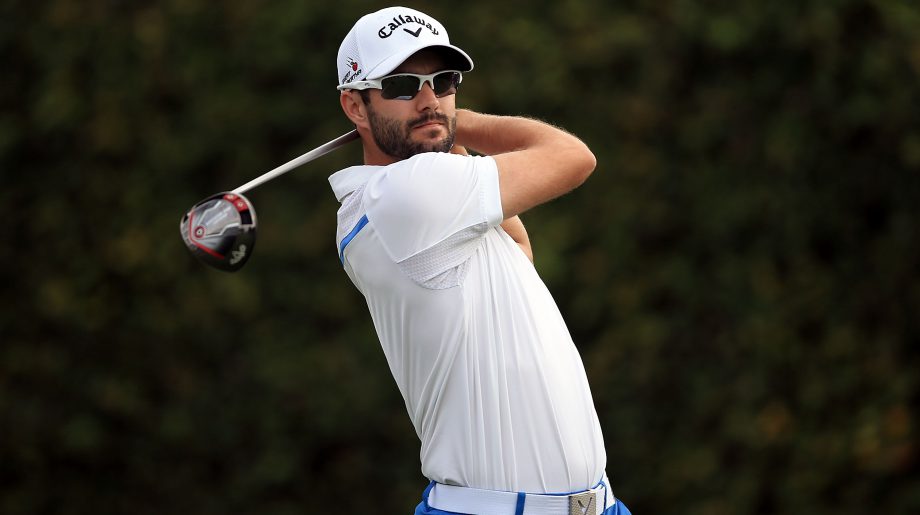 IRVING, Texas – For Jordan Spieth, it only seems as if it has been a while since he topped a leaderboard. For Ben Crane, it actually had been.

Crane shot a 7-under 63 on Friday at the Byron Nelson to take the second-round lead at 12-under 128. He was one stroke ahead of a quartet of players that included Spieth, playing only his second tournament since squandering a five-stroke lead on the back nine when trying to win his second consecutive Masters.

Spieth was alone in the lead for a bit while playing in the morning, but after finishing his round of 65 was tied at the top with Brooks Koepka (64) and Bud Cauley (65). First-round co-leader Sergio Garcia also joined them after a 66 later in the day.

“It hasn’t been that long,” said Spieth, speaking before Crane’s afternoon round. “The Masters felt like it was quite a while ago and that’s why it almost feels like, that’s why I’m getting the questions, ‘Was it nice to have your name back on top?’ Well, I mean (it was) two tournaments ago.”

Canada’s Adam Hadwin is four shots back and tied for eighth. The Abbotsford, B.C., native birdied two of his last three holes to finish with a 66. Fellow Canadians Graham DeLaet, of Weyburn, Sask., and Mike Weir of Bright’s Grove, Ont., are projected to miss the cut.

The last time Crane had led a tournament was going wire-to-wire to win at Memphis two years ago, the last of his five PGA Tour victories and his last top-10 finish. This is his 48th tournament since.

Crane, who turned 40 in March, took the lead after six birdies in an eight-hole stretch during the afternoon, including a 70-footer from a greenside bunker at the par-4 third hole, his 12th of the day, to get to 10 under for the tournament. He initially took the outright lead with a 3-foot birdie putt at the par-4 sixth.

“I’ve been struggling really for three years now, but intermittent bits of encouragement,” Crane said. “This has been one of those weeks where I feel like my game is really coming around.”

His only bogey came on his 17th hole Friday, the 463-yard eighth hole where his first two shots found the primary rough before his 16-foot par chance curled under the cup. Crane had two-putted from 50 feet on the previous hole to save par, and regained the outright lead with his final stroke of the day, a 14-foot birdie putt to match the best 36-hole score at Lord Byron’s tournament.

“A great way to finish and just kind of good continuation of all the good stuff that was happening throughout the day,” Crane said.

After the Masters last month, Spieth didn’t play again until missing the cut last week at The Players Championship. The Dallas native and world’s No. 2-ranked player is now at TPC Four Seasons, where he played his first PGA Tour event as a 16-year-old amateur six years ago and finished in a tie for 16th, still the best of his five previous starts there.

Spieth has hit 33 of 36 greens so far, and the only one he missed Friday was No. 9, his final hole of the day. He pitched to 11 feet and saved par.

“I still got pretty frustrated at times because I would have a really good wedge number … that should be within 10 feet all day,” he said. “With the size of the greens, my misses are still holding the greens. I’ve had so many 40-footers out here I’ve managed to get in in two putts.”

Spieth made the turn after three consecutive birdies, two-putting from 45 feet at the par-5 16th and rolling in a 35-footer at the par-3 17th. A 30-foot birdie try at No. 2 curled just under the hole, and a 45-foot eagle chance at the par-5 7th hole stopped just short. His only bogey Friday was a three-putt at the par-3 13th, the same as in his opening 64.

Even without feeling like he’s playing his best golf, Spieth has had consecutive rounds in the mid-60s.

D.A. Points had nine birdies and a bogey through 13 holes in his second round, then parred the last five holes to finish a round of 62, the best round of the day and nine strokes better than his first round.

Defending champion Steven Bowditch shot 70 on Friday and just made the cut at 2-under 138. The Australian who lives in North Texas had missed the cut in his five previous tournaments, and seven of the last nine.