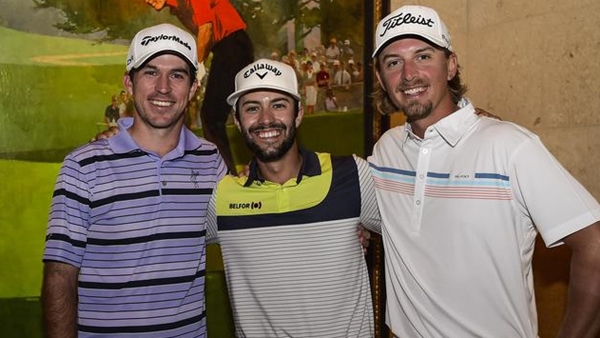 Chalk up one more Canadian to watch for on PGA Tour leaderboards during the 2014-15 season.

With Abbotsford, B.C.’s Adam Hadwin and Merrit, B.C.’s Roger Sloan having already secured their PGA Tour playing privileges after cracking the top 25 on the Web.com Tour’s regular season money list, the stage was set for one of the most clutch final rounds in Canadian golf history.

Nick Taylor of Abbotsford, B.C., a former Team Canada member, joined the pair as PGA Tour rookies for next season after firing a blazing 7-under 63 on a breezy day at TPC Sawgrass Dye’s Valley Course in Ponte Vedra Beach, Fla.

Taylor, 26, would go on finish 37th on the Web.com Tour eligibility category.

Hadwin, Taylor and Sloan, as well as Mark Hubbard, Carlos Sainz Jr. and Justin Thomas, talk about earning their PGA Tour cards at the 2014 Web.com Tour Championship in the video below.