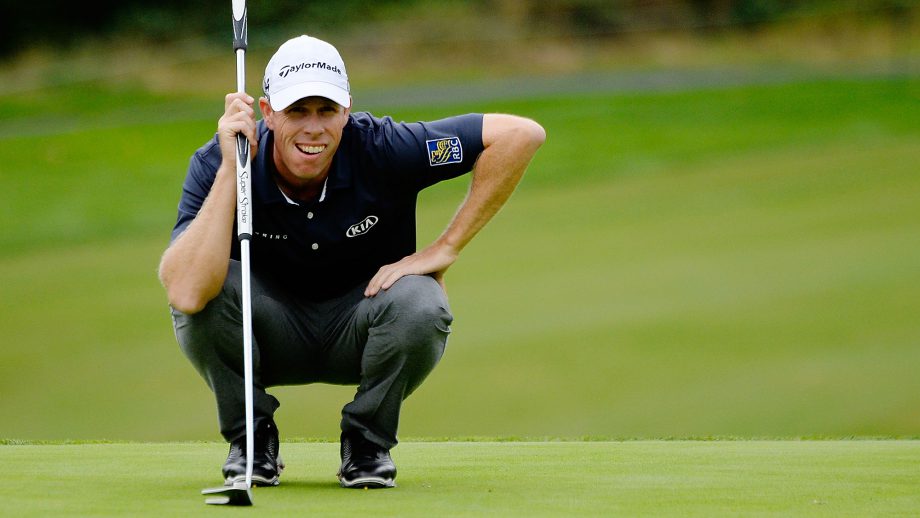 ST. SIMONS ISLAND, Ga. – Charles Howell III is playing some of his best golf when he least expected it.

Coming from a missed cut in Mexico to a tournament where he missed the cut last year, Howell kept bogeys off his card for the second straight day and was just as good Friday on the tougher scoring course at Sea Island.

He had a 6-under 64 on the Seaside course and matched the best 36-hole score of his career to build a three-shot lead in the RSM Classic.

“You just never know what’s around the corner in this game,” Howell said. “I thought I played pretty good in Mexico and just missed the cut there. Came here, I like it here, I didn’t really know what to expect and then this happens. So it’s a crazy game and we’re reminded of it daily. This is another reminder.”

Canadian David Hearn of Brantford, Ont., sits tied for 5th at 8 under par after 6-under 66 in Friday’s second round. Fellow countryman Corey Conners of Listowel, Ont., is T10 at 6 under par.

He was three shots ahead of PGA Tour rookie Cameron Champ and Jason Gore, who only recently was certified as an insurance salesman and found out just five days ago there was room for him at Sea Island.

Gore was headed to Pebble Beach for an mixed invitational event until getting word that he was in the RSM Classic. This is his first tournament in three months, though he has kept busy playing golf with clients in his new insurance venture with his wife.

He looked plenty sharp in sunshine that warmed the Georgia coastline ever so slightly. Gore birdied his last four holes for a 63.

“I haven’t played a weekend in so long, I don’t know what to do,” Gore said. “I’ve got nothing to lose. This is fun for me. I’m an insurance salesman now. I’ve got a real job now and all that good stuff. Just glad my boss would let me off to play.”

His boss is his wife, Meghan, who presumably does most of the work. Gore plays a lot of golf with clients, and it restored some of the fun in the game that beat him up over the years.

Champ also birdied his last four holes and goes into another week in the mix on the PGA Tour. He already has one victory, the Sanderson Farms Championship in Mississippi in his second start as a tour member, and was in range in Las Vegas and Mexico.

Playing with tournament host Davis Love III, his birdie run began with a tricky lie in thin sand to the left of the green about 90 feet from the hole on the par-5 15th. He blasted that out to 10 feet and made the putt, hit a wedge to 8 feet on the next hole, a 6-iron to 5 feet into the stiff breeze on the par-3 17th and closed out his big run with a 10-foot birdie putt for a 63.

“I decided to just get in the fairway, just give myself looks on the greens, and that’s been paying off so far,” Champ said. “On top of that, I’ve been making the putts.”

Nick Watney shot an 8-under 64 on the Plantation and was five shots behind.

The final two rounds will be at Seaside.

Howell can’t think of a better two days striking the ball, evidenced by missing only two fairways and two greens over 36 holes, both of those on Friday at Seaside. He thought he played better than his opening 64, mainly because Seaside features so many holes with a cross wind.

He also picked up most of his shots on the inward nine at Seaside, which was the early part of his round because he started on No. 10. The 14th hole along with water causes the most consternation because the wind is strongest along the water, blowing into him and to the right. With the tees slightly forward because of the wind, he hit driver and 9-iron to 15 feet, and then birdied three of the next four holes.

Howell has two PGA Tour victories in nearly 20 years, and yet the weekend feels like a new experience to him. This is only the fifth time he’s had the 36-hole lead, and the first time since the 2003 Tour Championship.

“I’ve almost done everything in my career, but playing with a lead isn’t one thing I’ve really done a whole lot,” Howell said. “I could talk to you about finishing second or third a lot. As many golf tournaments as I’ve played, this is still relatively new for me, which is kind of surprising at almost 40 years old.”

Howell says one problem he has battled is thinking too far ahead and trying too hard. The golf courses, especially Seaside because of the cold and wind, have kept him from thinking too much about anything except the shot in front of him. For two rounds, it has worked beautifully.