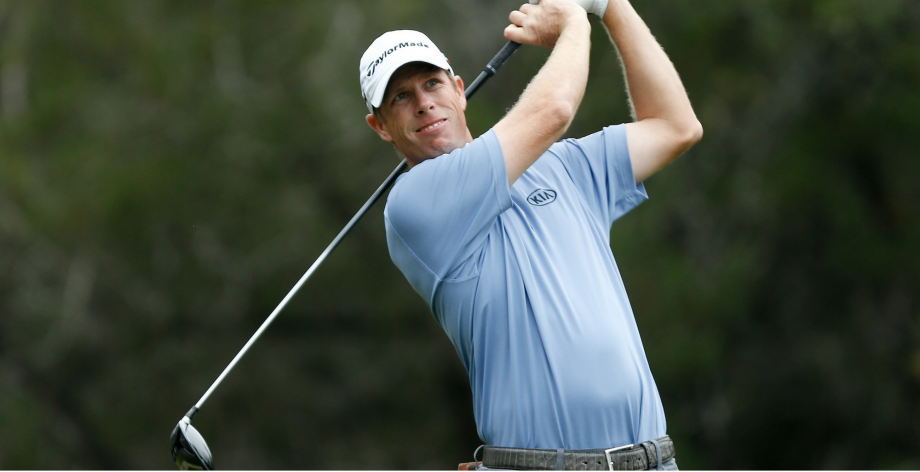 GREENSBORO, N.C. — Four Canadians survived the cut on Friday at the Wyndham Championship. David Hearn of Brantford, Ont., was the top Canadian for the second consecutive day thanks to a bogey-free front-nine. The 39-year-old registered only one bogey, ultimately shooting a 67 to head into the weekend tied for fourth.

Nick Taylor of Abbostsford, B.C., also cracked the top ten, sitting in a tie for tenth at 8 under. Two other Canadians — Corey Conners of Listowel, Ont., and Mackenzie Hughes of Dundas, Ont. — also made the cut at 6 under and 4 under, respectively.

Brandt Snedeker couldn’t block out the buzz that surrounded his first-round 11-under 59 at the Wyndham Championship. He refocused just in time to reclaim the lead.

Snedeker followed his historic opening score with a 67 on Friday to take a two-stroke lead into the weekend at the Wyndham Championship.

A day after becoming the 10th player in PGA Tour history to break 60, Snedeker moved to 14-under 126 halfway through the final PGA Tour event before the playoffs.

“You hear people telling you every two seconds, ‘Mr. 59,’ or saying how cool it was to watch it,” Snedeker said. “So, yes, totally on your mind.”

D.A. Points shot a 64 to reach 12 under _ one stroke ahead of C.T. Pan, who also had a 64. David Hearn, Peter Malnati, Keith Mitchell, Harris English, Brett Stegmaier and Sergio Garcia were 9 under.

Snedeker, the 2012 FedEx Cup champion, won this tournament in 2007 before it moved across town to the par-70 Sedgefield Country Club. He had the tour’s first 59 of the year during the first round.

But it wasn’t easy to follow a score like that. Of the nine previous players who have broken 60 on the tour, six had to play the next day and only one has shot better than 65 in that round: Justin Thomas, who had a 64 in the second round of last year’s Sony Open.

“You can’t ignore it, you can’t try to forget about it,” Snedeker said. “Hardest thing is trying to get back into a rhythm. … Now I’m better equipped for the next time I shoot 59 and play the next day.”

By the time Snedeker teed off Friday afternoon, that low score had held up for a one-stroke lead. It temporarily slipped away when he had three bogeys on the front nine.

He reclaimed the lead late in his round with some nifty putting. He sank two putts longer than 30 feet, one for eagle on the par-5 15th and another for birdie on the par-4 16th, and wrapped up with the best two-round score at this tournament since Carl Pettersson’s 125 a decade ago.

“When I finally convinced myself to hit a few putts, they started going in,” Snedeker said. “Over 72 holes, you’re going to have stretches where balls don’t go in the hole, you’ve got to be able to kind of overcome, be patient, wait for the long ones to fall, and luckily I made a couple coming down the stretch.”

Points, who has made only one cut since January and failed to reach the weekend in 19 of his 24 tournaments this season, had a strong front nine with three birdies and an eagle on the par-5 fifth hole, where he sank a 40-foot putt. He has finished in the top 20 at this tournament twice since 2014, and after starting far off the bubble at No. 214 on the points list, could play his way into the playoffs this weekend.

“Basically, I know this is possibly my last event of the year, so I haven’t been grinding really hard,” Points said. “It seems to be paying off.”

Pan, a 26-year-old from Taiwan, had birdies on three of his final four holes to climb the leaderboard. He sank a 20-foot birdie putt on No. 17 and an 8-footer on the 18th to match the best round of his young career. He also shot 64s last year at the Travelers Championship and the RSM Classic.

“I love this course,” Pan said, adding that his “trajectory tends to be lower than compared to other guys, so I think I have an advantage here.”

Among the other highlights: Brian Gay had the day’s best round, a 63 tarnished only by a bogey on his final hole on which he missed a 4-foot par putt. And Mitchell opened with five consecutive birdies to briefly raise the possibility of a second sub-60 score in two days, before slipping back later in his round.

“It’s definitely a different feeling,” Mitchell said. “But it’s a feeling you try to get comfortable with because you want to be in that zone.”

A key subplot at Sedgefield every year is the push by bubble players to earn post-season spots. The top 125 players on the points list make the field for the Northern Trust in New Jersey, and everyone from No. 122 to No. 132 is playing this weekend.

Bill Haas, who at No. 150 is in danger of missing the playoffs for the first time, made the cut at 3 under. Garcia, at No. 131, also is trying to make it for the 12th straight year. Johnathan Byrd _ who at No. 183 probably needs to win or finish alone in second place to earn enough points to qualify _ remains in the mix at 8 under.

“It’s kind of an easy mentality in a sense,” Byrd said. “Just got to play amazing or go home, or go to the (Web.com Tour) finals.”