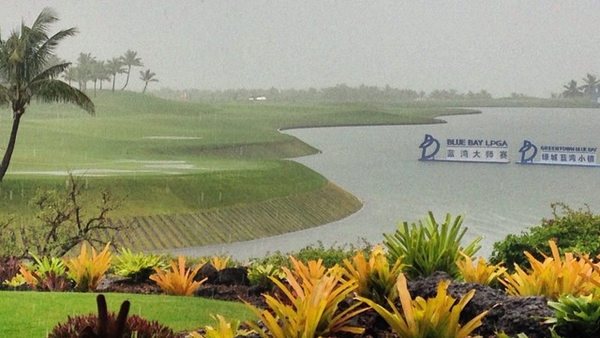 Jessica Korda topped the leaderboard after the first round at 6-under 66. The 21-year-old American had yet to start the second round when play was called off.

The start of play was delayed 2 1/2 hours and the first group was only able to complete six holes before play was suspended at 12:19 p.m. Play was called off for the day at 2:30 p.m.

The final two groups were unable to start play.

“The course actually held a ton of water because we even got a ton of rain before we even started this morning,” said Austin Earst, who has 2 under through six holes to reach 3 under. “But you couldn’t really tell. I kept being aggressive because it was a little soft around the greens.

“I have no idea what kind of drainage they have here, but it’s obviously really good. We had to of had at least two inches. The greens were getting pretty wet once they called play.”