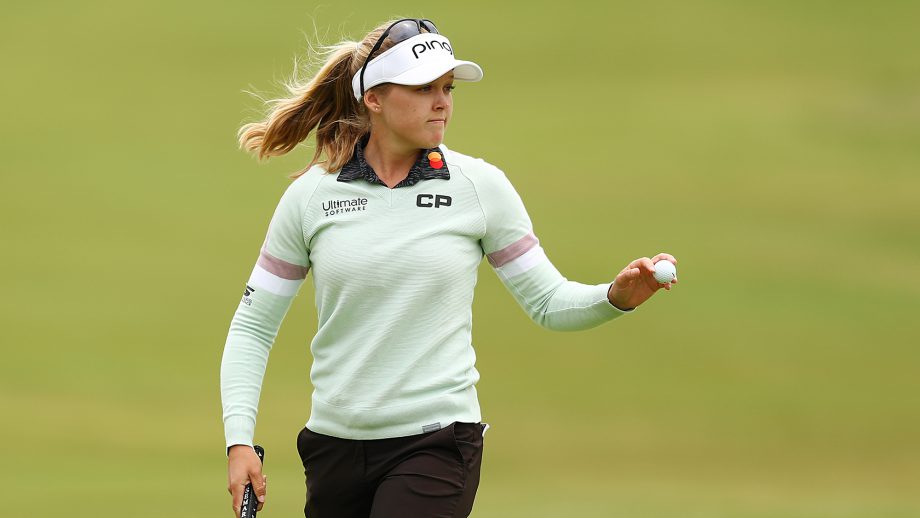 LOS ANGELES – Minjee Lee won the Hugel-Air Premia LA Open on Sunday at Wilshire Country Club for her fifth LPGA Tour title, closing with a 3-under 68 for a four-stroke victory.

The 22-year-old Australian was projected to jump from fourth to second in the world ranking Monday after her fourth top-three finish in her last seven starts.

“Coming in, the first half of the year that I’ve had, I’ve been hitting it pretty solid and playing pretty solid,” Lee said. “I felt like it was close. I feel pretty good with this one.”

Lee made a 15-foot birdie putt on the par-3 18th to finish at 14-under 270. She led the last three days, shooting 66-69-67 to take a one-stroke advantage over Nanna Koerstz Madsen into the final round.(backslash)

Lee won a year after tying for seventh in the inaugural event.

“It’s definitely a second-shot golf course,” Lee said. “I feel like my iron play is pretty solid and usually I can be accurate with them. I think it suits me and my game. If my putter is running hot then I have a good chance.”

“This golf course is not easy, even regular tournament,” Kim said. “The greens are really fast. If I miss the wrong side, it’s tough to up-and-down. Even that, I’m very satisfied with my playing. I’m very happy with my score.”

“I was just going to carry on playing my own game,” Lee said. “I had a couple birdie opportunities coming in, so I didn’t get rattled up or anything.”

Koerstz Madsen shot a 76 to finish 13th at 5 under. She was trying to become the first Danish winner in LPGA Tour history.

Canada’s Brooke Henderson followed her win a week earlier with a T10 finish at 6 under par.