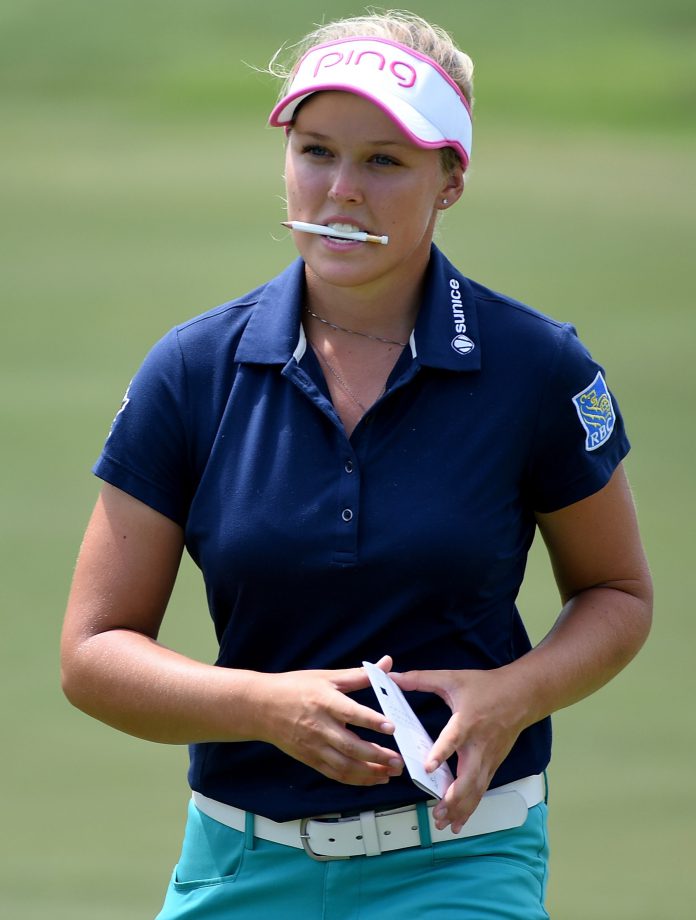 SINGAPORE – South Korea’s Ha Na Jang enhanced her growing reputation as one of the hottest players on the LPGA Tour by winning the HSBC Women’s Champions tournament by four strokes on Sunday.

Playing like a seasoned veteran, the 23-year-old South Korean fired six birdies and an eagle in a brilliant final round of 7-under 65 to finish at 19-under at Singapore’s Sentosa Golf Club.

Her playing partner, Thailand’s Pornanong Phatlum, closed with a bogey-free 68 to take outright second at 15-under while South Korea’s Amy Yang birdied the last hole for a 71 to take third place with 11-under, one shot clear of a group of five players.

Jang captured her maiden LPGA title at the Coates Golf Championship in Florida last month and has quickly made it two.

“I was very comfortable this week,” Jang said. “My target in 2016 was two wins but right now I’m there so I’m going to change my target.”

Not only is the South Korean emerging as one of the hottest players on the LPGA Tour but she’s also developing a cult following with her elaborate celebrations.

When she won in Florida, she impersonated a samurai swordsman, and on Sunday, she provided her own rendition of Beyonce by dancing on the 18th green.

We just can’t get over this epic celebration by Ha Na Jang! #HSBCWomensChamps pic.twitter.com/p68aMNZr2o

Jang said she had been thinking about copying some of Beyonce’s moves after watching her perform at the Super Bowl and winning her second title seemed like the perfect time to break it out.

Brooke Henderson also continued her impressive play, earning her fourth top 10 in as many starts. The 18-year-old Smiths Falls, Ont., native carded a final round 71 to finish at 9-under for a share of 9th.

Henderson’s previous top 10s include a tie for eighth at last week’s RACV Ladies Masters in Australia, a tie for ninth at the Women’s Australian Open and a second-place finish at the Coates Golf Championship.