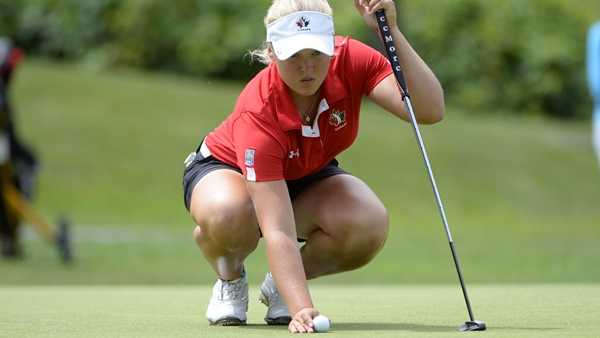 Williams bogeyed the 18th to match Henderson’s third round score of 70 heading into the fourth and final round Saturday.

Henderson, 16, has not given up her lead since Wednesday’s opening round of 67. The Smiths Falls, Ont., native will look to win her second straight tournament when play resumes tomorrow – she won the Junior Orange Bowl Championship back in December.

Fellow Canadian Meredith Fairbairn of Orangeville, Ont., sits tied for 24th after a 7-over 79. Kimberly Risulmi of Lloydminster, Alta. slipped to 58th after carding an 86.