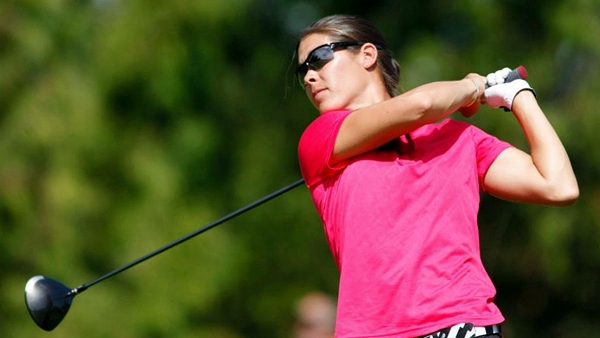 The 16-year old Henderson, currently the no. 2 ranked amateur golfer in the world, captured the second Canadian Women’s Tour stop of the season in Niagara Falls, Ont. at Legends on the Niagara as well as the PGA of Canada Women’s Championship at Firerock Golf Club in Komoka, Ont. Although previously exempt into the Canadian Pacific Women’s Open, Henderson shot rounds of 65-66 (-13) to win the PGA of Canada Women’s Championship by five strokes.

Henderson’s play this season earned her the prestigeious Jocelyne Bourassa Player of the Year award and Amateur of the Year honours as she finished the season atop the 2014 Canadian Women’s Tour Order of Merit.

Piyapattra earned her exemption into Canada’s Women’s National Open Championship after winning the Canadian Women’s Tour stop at Morningstar Golf and Country Club in Parksville, B.C., in a playoff.

Samantha Richdale and Simin Feng received the final two exemptions based on the 2014 Order of Merit standings at the end of season. The duo finished tied for fourth at the PGA of Canada Women’s Championship to secure their exemptions from the Order of Merit.

The exemptions were announced at the conclusion of the PGA of Canada Women’s Championship which served as the third and final stop on the Canadian Women’s Tour.

A final listing of the 2014 Canadian Women’s Tour Order of Merit can be found here.

Additional exemptions into Canada’s National Women’s Open Champion will be announced in the coming weeks.

The exemption contingent from the 2014 Canadian Women’s Tour season will join a world-class field at London Hunt and Country Club that includes a number of confirmed LPGA Tour stars including two-time defending champion and Rolex Rankings no. 2 Lydia Ko, Rolex Rankings no. 1 Stacey Lewis, no. 3 Inbee Park,  no. 5 Lexi Thompson and no. 12 Paula Creamer.

In addition to Ko, past Canadian Women’s Open champions confirmed to compete include Brittany Lincicome (2011), Michelle Wie (2010), Suzann Pettersen (2009), Katherine Hull-Kirk (2008) and Cristie Kerr (2006) who won the event when it was last held at the London Hunt and Country Club.