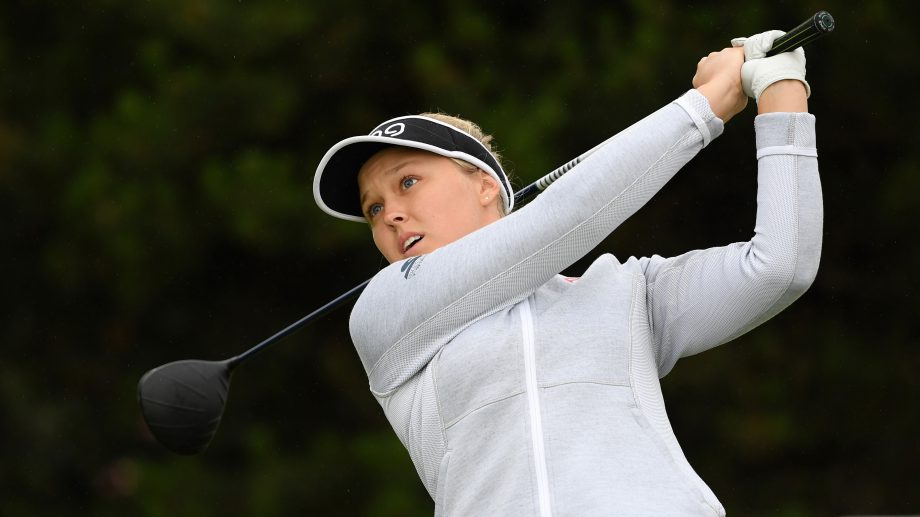 LYTHAM ST ANNES, England – For Brooke Henderson, learning to navigate the Ricoh Women’s British Open has been a learning process. In her three prior starts, she had yet to crack the top 40. The statistic comes as a surprise to anyone who regularly follows the major champion and six-time LPGA Tour winner. But the Canadian took a huge leap forward in her progress on Thursday, when she posted a 3-under par, 69 at Royal Lytham & St Annes. It is her first sub-70 round at the Women’s British Open.

“Every time you’re over here you learn more and the experiences that you really need,” Henderson said. “It’s very different than what I grew up playing on.”

Henderson grew up playing in Smiths Falls, Canada and found she needed to adjust her game in order to play better on the links. When she won for the first time on a links-style course in 2017 with her victory in New Zealand she was vindicated in the changes she adopted.

“It was crazy conditions, so I think that was really a good learning curve for me,” Henderson said about the windy conditions she encountered in New Zealand. “It gave me a lot of confidence moving into links courses that if something goes wrong, like it kind of did this morning, I just kind of relaxed and was able to come back from that.”

Henderson got off to a rough start with two bogeys in her first three holes after getting caught up in the pot bunkers riddled throughout the course. She credited her caddie and sister, Brittany, for helping turn around her day and record five birdies on the back nine.

“I got into some of the pot bunker and found that they were very difficult to get out of,” Henderson admitted after her round. “But after that I kind of settled down a little bit. The back nine was great.”

Henderson put herself in contention at the season’s last major, too, at the KPMG Women’s PGA Championship where she faded on the weekend with rounds of 70-74 and settled for a T6.