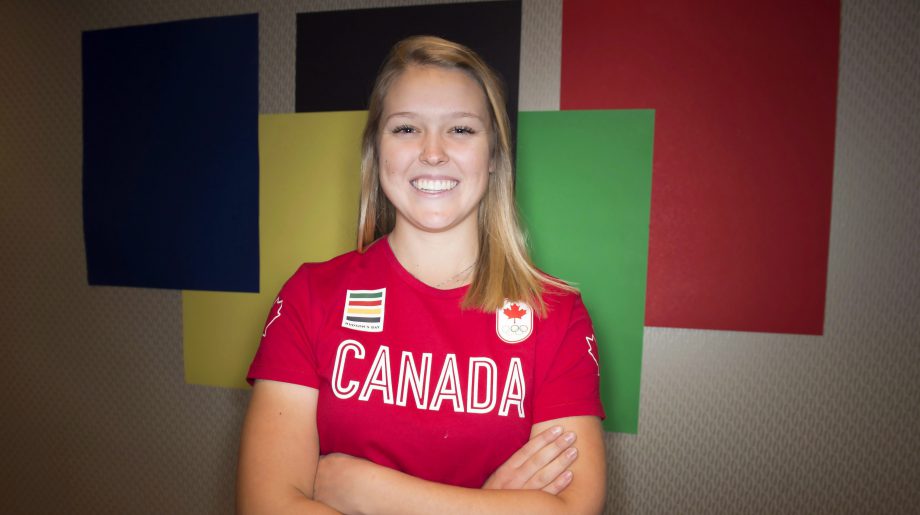 The gentle rhythm of Smiths Falls, Ont., and its 9,000 inhabitants seem a world and more away from the stark juxtaposition of splendour and squalor that defines Rio de Janeiro.

From its teeming population of 6.5 million to the lush beaches of Leblon, Ipanema and Copacabana. From ocean-side caipirinhas and coconut waters to the soft sounds of bossa nova and the incessant beat of samba.

From the favelas rising like dollhouse-sized shantytowns stretching upwards in the distance. And looming above it all, often lost in the clouds, the iconic Christ the Redeemer statue, perched atop the mountain of Corcovado, looking benevolently down on this diverse flock, arms outstretched in all-encompassing inclusion.

“It’s always been a dream, since I was a little girl. I didn’t know how or what sport or how I was going to do it. But I loved watching the athletes. I loved the desire, the determination, the focus that they had in their eyes.”

“I wanted to be an Olympian. Watching the Vancouver Winter Games in 2010 on TV and the way the whole country came together showed me the power and the amazement of the Olympic Games. To be a part of that will be really cool.”

In an Olympics beset by controversy and withdrawals (particularly in the re-instated sport of golf) during the lead-up, the four-player Canadian golf contingent heading to Brazil has made a pledge: They’re all in.

While Alena Sharp, Graham DeLaet and David Hearn were being officially announced at Glen Abbey Golf Club outside of Toronto, the women’s phenom was out west in Calgary, with the express purpose of checking out Priddis Greens, site of the 2016 CP Women’s Open.

Henderson is making a beeline for Calgary immediately following the Rio experience, and won’t have any time for a tour of the Priddis layout.

Out at Golf Canada Calgary Centre for a junior golf clinic on the day of the Olympic golf team celebration, Henderson’s welcome to Rio was heralded by an honour guard of young Brooke-wannabes brandishing golf clubs in lieu of swords. A television hook-up made her part of the broadcast festivities.

“There’s a lot of stuff going down in Rio right now,’’ she conceded, following a short clinic for the kids and onlookers. “Politics is kind of sketchy and the Zika virus and health concerns. But we’re just trying to make the best decision we can and take everything into consideration.”

“Everybody has their own opinions and their own reasons why they’re not playing in the Games. At the end of the day, you have to respect their opinions because health and safety is more important than just a round of golf. We’re only there for about a week. Hopefully we get in, get out and bring home that gold medal.”

When she tees it up at the brand-new Campo Olímpico de Golfe, Aug. 17-20, Canada’s newest, freshest sports personality will be among every oddsmaker’s medal picks.

That lofty status was assured after Henderson outduelled top-ranked Lydia Ko on the first hole of a playoff to snare the KMPG Women’s PGA Open at Sahalee Country Club near Seattle in mid-June, becoming the youngest-ever winner of a major championship.

On Henderson’s bag in Rio will be older sister Brittany, a pretty fair striker of the ball herself. Brittany admitted the news flashes emanating from Brazil had been initially unsettling.

“It’s been hard to see where the situation really is. You don’t know which outlets you can trust the most, so it’s hard to get truthful information. But I think we feel comfortable enough, and the Olympic Committee is doing everything it can.”

“With it being their winter down there, I think it’s going to be a little bit safer. We’ll probably wear long pants, long sleeves, for more protection. Things like that. Golf is probably more at risk than other sports because we’re going to be outside for eight hours a day. Hopefully the wind comes up. Normally we never wish for winds, but in this case …”

Routine is something taken for granted on a pro golf tour. The Olympics, however, will be an altogether different beast. There’ll be obstacles, both anticipated and unforeseen. The traffic in Rio, for instance, is going to be insane, so just getting to the course

“We’re actually going down for a training camp with Golf Canada; meet in Houston for a couple days before we fly to Rio. I think that’s going to be really important. Just figure things out.”

For the young star, having family so close at hand under an entirely alien sort of competition, under such a different spotlight, is more than welcome. It’s necessary.

“It’s huge for both of us to become Olympians and to share not only in the Olympic dream together but the dream of playing on the LPGA Tour together,’’ Brooke acknowledged.

“We’re such a team out there. I couldn’t have had the nine straight Top-10 finishes this season, wouldn’t have the two wins, without her on my bag.

She works so hard for me.”

One hundred and 12 years ago, Canadian George S. Lyon won the last Olympic gold medal in golf. In a lovely bit of symmetry, he was born and lived in Richmond, Ont., 522 kilometres, or a five-hour drive, from Brooke Henderson’s hometown.

Next week, a world away from the gentle rhythm of Smiths Falls, in the jumble of splendour and squalor that symbolize Rio, and under the watchful eye of the Christo on Corcovado, Brooke Henderson goes in search of a different sort of legacy.

“Alena and I have become extremely good friends. I’m super happy that it’s her and I representing the women’s die of the team. I think we make an awesome team. Her whole game has improved. I think we have a really good chance of both of us standing on the podium, hopefully one silver and one gold. The men’s side as well, I think we have a solid team. It’s kind of surreal in a way. This is kind of like a sixth major on the LPGA tour and I already have one under my belt, so …”

And, well, she’s always been a bit of a sucker for O Canada.

“Even listening to the anthem at school used to get to me,’’ Henderson laughed. “Before I went to play at the World Amateur Championships (in Japan, two years ago), that’s what I wanted to hear. “I didn’t get that chance then. But now I’ve got another one.”

“You can’t get ahead of yourself, you have to focus on the now, but you also have to be visualize being up there, on that podium, on the top step. In your mind, you have to hear that anthem.’’

She stops, maybe humming a few bars in her head, and smiles the smile of a prodigious 18-year-old with only one aim in mind.