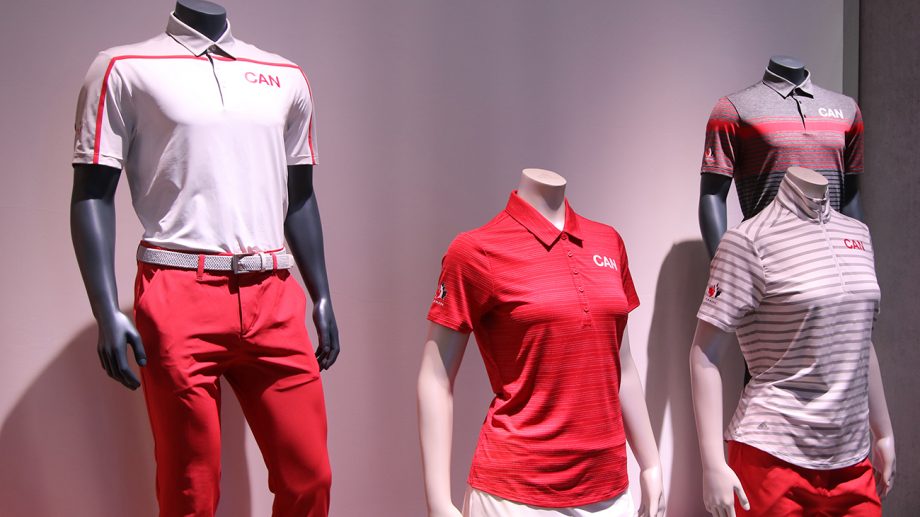 The Tokyo 2020 Olympics are quickly approaching, with the men’s competition from July 29 to Aug. 1, and the women’s competition following shortly after from Aug. 4 to 7. Both events will be held at Kasumigaseki Country Club in Saitama, Japan.

The men’s team is made up of Corey Conners of Listowel, Ont., and Mackenzie Hughes of Dundas, Ont., who were previously teammates at Kent State University. The women’s team will be the returning pair of Brooke Henderson of Smiths Falls, Ont., with Alena Sharp of Hamilton, Ont. who both participated in the Rio 2016 Olympic Games.

Both teams will be wearing uniforms by Adidas Golf on the field of play. They feature various shades of grey, red, white and black in a variety of different patterns, colour combinations, and styles. All shirts carry “CAN” in either red or white capital letters on the left side.