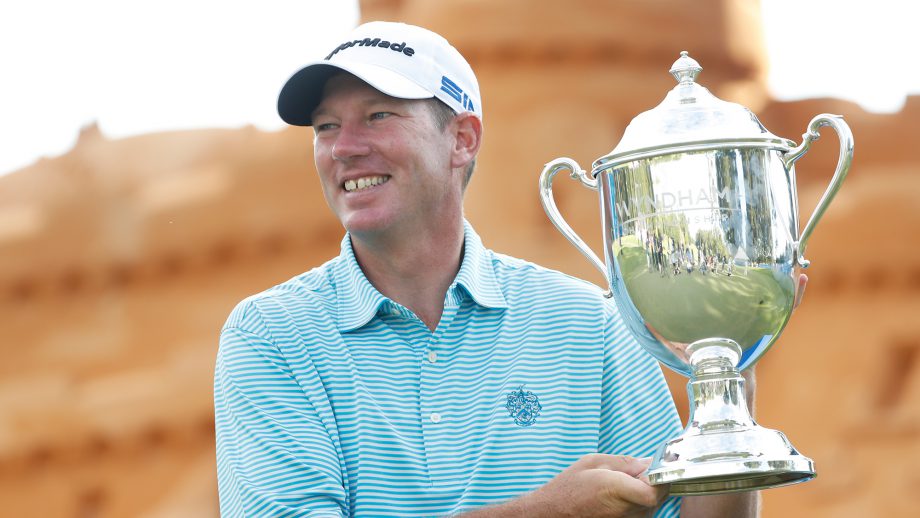 Whenever Herman plays golf with the president, soon after he hoists a trophy.

It happened in 2016 with his breakthrough victory at the Houston Open, again before he won the Barbasol tournament last year – and now before Herman’s improbable rally Sunday at Wyndham Championship to make the FedEx Cup playoffs.

“He’s been a big supporter of mine,” Herman said about Trump, his regular golf partner while working as an assistant professional at Trump National Bedminster in New Jersey. “I need to play golf with him a little bit more.”

Herman gave the president plenty to cheer about on the weekend, a victory even the 42-year-old didn’t see coming.

“This was out of the blue. I’ll tell you that,” Herman said.

Herman shot a 7-under 63 for a one-stroke victory over Billy Horschel, overcoming a four-stroke deficit in the final round at Sedgefield Country Club. Herman moved past Horschel with a birdie on the 71st hole.

A mutual friend passed along the president’s best wishes Saturday, Herman said. He had not heard from Trump yet. “You never know what could happen later tonight or tomorrow morning,” Herman said. “There were some rumours he was definitely watching.”

Horschel closed with a 65. He had a final chance to tie on the 72nd hole, but his 8-foot birdie putt slid left of the cup.

Herman got into the playoffs, jumping from 192nd to 54th in the race for the 125 spots.

Herman had two birdies and an eagle – from 59 feet – on his first five holes to catch up to Kim. Then, trailing Horschel by a stroke, Herman stuck his approach to No. 17 to just over 3 feet for a birdie. to reach 21 under. He gained the lead when Horschel missed a 12-footer for par on 16.

It was quite a week for Herman, who had three birdies over his final four holes Friday simply to make the cut. He followed that up with a career-low 61 on Saturday to get into striking distance before taking the victory.

He had come off a poor showing at the PGA Championship and couldn’t find the fairway early on here. “This is going to be a pretty quick week if we don’t get this figured out,” he told his caddie.

His next tee shot split the fairway and Herman was off and running.

Horschel looked as if he was the one to rally as he moved from three behind Kim to the lead with a birdie-eagle- birdie run on the front nine while Kim struggled with a double bogey and a bogey over his first eight holes.

Horschel had an 11-footer for birdie that didn’t fall on the 17th hole before his miss on No. 18.

“A little disappointed,” he said. “I had two good looks on the last two holes and the way I was rolling, I thought I’d make one of them.”

Kim was a birdie machine with 21 birdies and a hole in one the first three rounds. But he stumbled out of the gate and a pair of bad drives cost him his first win since The Players Championship in 2017.

He drove right into a hazzard of thick grass and, despite six people searching, could not find his shot. Kim made double bogey to fall from the top.

Two holes later, Kim would up near a cart path bridge for a bogey to fall four shots off the lead.

Roger Sloan of Merritt, B.C., was the low Canadian, 12 shots back in a tie for 31st place. Michael Glicic of Burlington, Ont., tied for 59th.