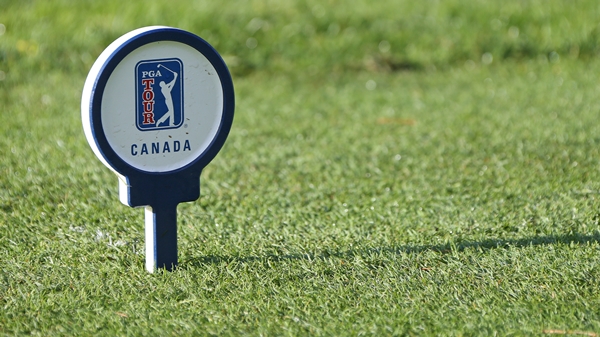 PGA Tour Canada’s second season in 2014 was highlighted by strong competition and significant growth, with the schedule increasing from nine to 12 events throughout Canada, along with a major increase in charitable contributions.

Some of the key highlights from the past season are listed below.

Charitable donations by PGA Tour Canada events increased dramatically this season, rising to a total of $353,500 in 2014. As with every PGA Tour event, the goal of every tournament on PGA Tour Canada is to make an impact in the community and make charity the leading money winner each week.

MEMORABLE SHOTS FROM THE 2014 SEASON:

Dahmen’s bunker blast – Order of Merit winner Joel Dahmen’s first win at the PC Financial Open was partially thanks to a 232-yard second shot from a fairway bunker at the par-5 72nd hole, which found the green and led to a birdie and a one-shot win.

Homan makes birdie for the win – Cincinnati, Ohio’s Wes Homan earned his first PGA Tour Canada win with a dramatic birdie on the 72nd hole at the Staal Foundation Open pres. by Tbaytel, holing a 10-footer for birdie to win by one over England’s Greg Eason.

Machtaler’s birdie bomb gives him win – Summerland, BC’s Greg Machtaler capped off a 9-under 62 in the final round of the Forces & Families Open in style, holing a 70-foot birdie putt on the 72nd hole that was eventually the difference in a one-shot win.

Double eagles land in ’14 – After zero double eagles were recorded during PGA Tour Canada’s inaugural season, three were recorded in 2014. Logan, UT’s Devin Daniels made the first with a 3-hybrid from 242 yards at the Bayview Place Island Savings Open pres. by Times Colonist on the par-5 12th at Uplands Golf Club. Los Angeles, CA’s Bryan Bergna’s 210-yard 6-iron netted him an Albatross on the par-5 3rd at Whitewater Golf Club for the Staal Foundation Open pres. by Tbaytel, and Stephane Dubois of Brantford, ON holed a 7-iron from 182 yards on the par-5 8th at Hylands Golf Club during the Forces & Families Open.