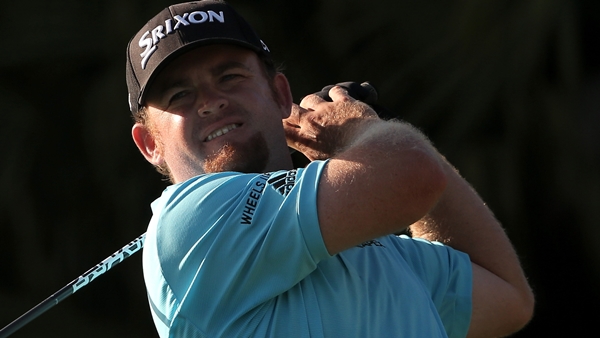 DORAL, Fla. – J.B. Holmes never liked the old Blue Monster at Doral because he thought it was too easy for a World Golf Championship.

He said this with a straight face Thursday after a 10-under 62 that tied the tournament record at the Cadillac Championship, gave him a four-shot lead and left the rest of this world-class field to wonder just how he managed.

“I was able to hit the shots where I envisioned and hit good shots, and today the putter was on,” Holmes said. “Put that combination together, you do everything pretty good, you’re going to shoot a good score.”

He made it sound as easy as it looked. Except that Trump National Doral wasn’t all that easy for everyone else.

Rory McIlroy again felt tentative with his swing and shot 40 on his opening nine holes before finishing without a par on his last six holes – an eagle, three birdies and two bogeys that allowed him to salvage a 73. The world’s No. 1 player has shot 73-74-73 in his three rounds in Florida this year.

Phil Mickelson shot 74 and failed to make a birdie for the first time in 186 rounds on the PGA Tour, dating to the final day at Olympic Club in the 2012 U.S. Open.

“Ten under? You’re joking,” Shane Lowry said after a hard-fought 71.

Ryan Moore was hanging with him until he hit his tee shot into the water on the par-5 18th hole and made double bogey. He still had a 66.

“It was a very fair test of golf,” Moore said. “I mean, it’s difficult, but you can make some birdies.”

Dustin Johnson ran off four birdies in a five-hole stretch on the back nine and was at 68, along with Alexander Levy of France and Rickie Fowler, who thought his round was solid. “To shoot 68 in some tough conditions on a tough golf course and be six back, wouldn’t really expect that,” Fowler said.

Henrik Stenson, making his American debut, had six birdies and joined Phoenix Open winner Brooks Koepka at 69. The group at 68 included Adam Scott, who used a conventional putter for the first time in just over four years.

Holmes last played at Doral in 2010, missing time with injuries, not the least of which was surgery to remove a piece of his skull in 2011. Gil Hanse renovated the Blue Monster to make it more sensational with so much water hugging the fairways and greens. That was never an issue for Holmes. He finished his round with an 8-foot par putt, which he said was the closest he came to bogey all day.

The start was nothing short of deal. Holmes two-putted for birdie on the par-5 10th, holed a 35-foot birdie putt on the 11th, and then smashed a drive downwind on the 603-yard 12th hole. He hit 6-iron thinking he might be able to clear the bunker, and it turned out better than he imagined, a foot away from the hole for an eagle.

The rest of the round, playing in tropical warmth and typical south Florida wind, was a matter of keeping it below the hole and making putts.

This was never his favorite WGC event the two previous times he played it.

“One of my least favorite tracks on tour,” he said of the previous design. “It was just too easy. I felt like for a World Golf Championship, 22 under winning shouldn’t really happen. It’s a very difficult golf course. I played great today.”

He was right on both counts.

The average score was 73.4, meaning that Holmes was more than 11 shots better than the field, the best standard of a great round. His 62 matched the tournament record set by Bubba Watson at Doral in 2012, and Sergio Garcia and Retief Goosen at Mount Juliet in Ireland in 2002.

McIlroy’s standard is slightly off at the moment.

Already a winner in Dubai and a runner-up in Abu Dhabi, he missed the cut last week at the Honda Classic after a month break and said he felt tentative. A week later, not much changed. Poor tee shots kept him from reaching the par 5s on the back nine in two. He twice failed to save par from the bunkers. And then from the middle of the fairway on the 18th hole – the tee shot is supposed to be the hard part – he was caught between clubs and tugged a 7-iron short, down the bank and into the water for a double bogey.

On his next tee shot, McIlroy was 5 yards away from going into the water – on the adjacent Red Course.

“It is very good on the range and it is very good in normal play when I’m not playing a tournament,” McIlroy said. “Then I’ve got a card in my hand the last couple weeks and it just hasn’t quite been there. It’s nice you can get round rounds this week and sort of try to play your way into some sort of rhythm. I don’t feel like it’s that far away. That’s the frustrating thing.”

But he’s far away from the lead. McIlroy already was 11 shots behind.