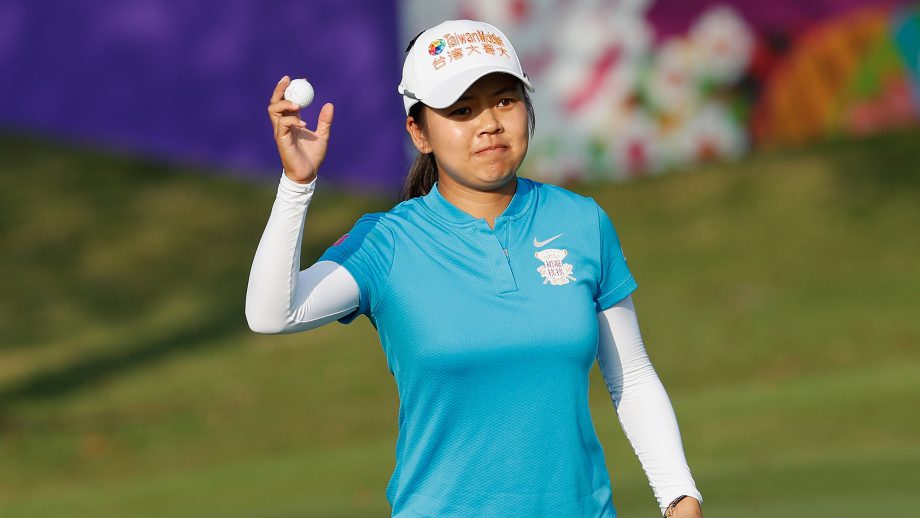 TAOYUAN, Taiwan – Wei-Ling Hsu was feeling the love from her home crowd at the LPGA Taiwan Championship on Friday and it inspired her to a 5-under 67 and a one-stroke lead after two rounds.

Hsu had a total of 9-under 135 on the Ta Shee Golf and Country Club, one ahead of first-round leader Jodi Ewart Shadoff (71).

“That was probably the most people I had around me, I felt a lot of support,” Hsu said. “It also helped that I didn’t look around much or check the scoreboards.”

If she had, she would have seen that former No. 1 Lydia Ko was the big mover Friday with a round-of-the day 66 to move into third place and within two strokes of her lead.

The South Korean-born New Zealander had five birdies on her front nine but then stalled somewhat on the back nine. She birdied the 10th and had a bogey on the 11th, then had all pars until her approach to one foot on the par-4 17th gave her a late tap-in birdie.

“Probably one of the best shots of my career,” Ko said.

Danielle Kang, who won last week’s LPGA tournament at Shanghai, withdrew before the start of the second round because of an undisclosed illness, the LPGA said on Twitter.

Brooke Henderson of Smiths Falls, Ont., slipped with a 2-over 74 after a shaky start. The 21-year-old will look for a rebound performance in the third round—she tees off at 8:37 a.m. local time.

The tournament is the third of five being played on the LPGA’s annual Asian swing. Next week, it’s the Toto Japan Classic, followed by the Blue Bay LPGA on Hainan Island, China.