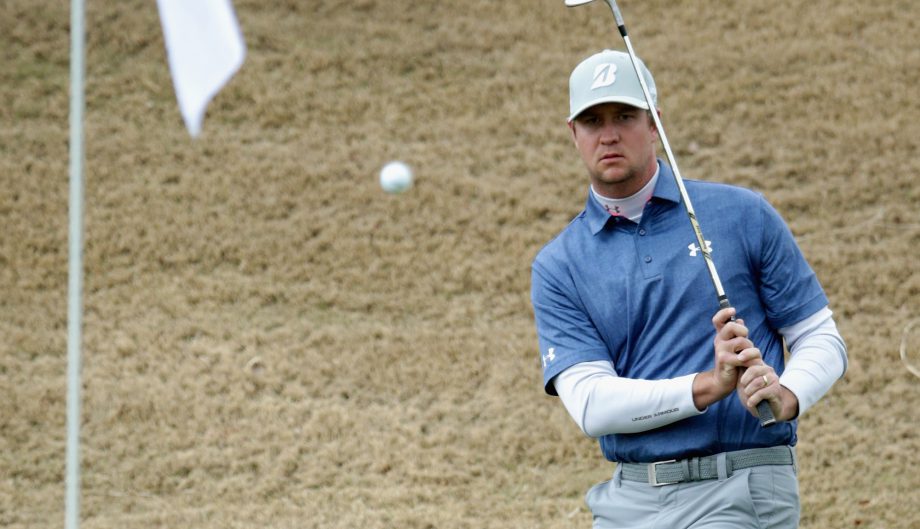 LA QUINTA, Calif. – Hudson Swafford beat the rain Friday in the CareerBuilder Challenge, and Phil Mickelson played his best in the worst of the conditions.

“I actually wanted to play in the rain, so I could experiment with myself,” Lee said. “Hopefully, it rains tomorrow.”

The New Zealander probably won’t get his wish Saturday, but another storm could pass through the desert oasis Sunday afternoon.

Swafford finished just before the rain moved in, shooting his second straight 7-under 65 to take a one-stroke lead. Winless in his four-year PGA Tour career, the former Georgia star had a bogey-free round on the Jack Nicklaus Tournament Course at PGA West after opening the pro-am tournament Thursday at La Quinta Country Club.

“Managed to keep the ball in the fairway,” Swafford said. “That gives you a lot of nice approach shots into greens. I’m driving the ball beautifully.”

Ottawa’s Brad Fritsch (68) and Nick Taylor (62) and Adam Hadwin (69), both of Abbotsford, B.C., were the top Canadians heading into the weekend at 4 under.

The rain-seeking Lee and first-round leader Dominic Bozzelli were tied for second.

Lee closed with a birdie for a 64 at La Quinta, far exceeding his expectations after a month off.

“Just trying to break 80, seriously,” Lee said. “Trying to not shoot something overly ridiculous, since I’m playing with the amateurs.”

Bozzelli followed an opening 64 on PGA West’s Stadium Course with a 67 at La Quinta.

“It wasn’t my best today, but I was able to save par, made some pretty big par saves throughout the round and kept it going,” Bozzelli said. “Actually, pretty lucky that weather held off a little bit longer than I thought it would.”

The tee times were moved up an hour to 7:30 a.m., and Swafford and many players finished before the storm rolled in over the San Jacinto Mountains at about 1 p.m.

“I had a full rain suit, five towels in the bag,” said Swafford, coming off a tie for 13th last week in Hawaii in the Sony Open. “My caddie was griping all day about how heavy it was. But I made a few birdies early and he said the bag was getting a little lighter.”

Mickelson got to use all of his rain gear, playing the final six holes in intermittent showers in the second-to-last group off the 10th tee on the Nicklaus course. The tournament ambassador followed an opening 68 at La Quinta with a 66 to reach 10 under in his return from two sports hernia surgeries.

“I hit a lot more good shots today than I did yesterday, but I’m still hitting some really bad ones,” said Mickelson, the 2002 and 2004 winner. “And that’s fine. It’s to be expected. I knew that was going to happen, but I’ve been able to kind of manage those and get away with some pars.”

The 46-year-old Mickelson had surgery Oct. 19 – three days after tying for eighth in the season-opening Safeway Open – and again Dec. 12.

Lefty made a 15-foot eagle putt on the par-5 11th – his second hole – and holed a bunker shot for birdie on the par-4 first. In the rain, he birdied Nos. 4-6 and closed with three pars with the wind picking up.

Brendan Steele, the Safeway winner from the nearby mountain town of Idyllwild, was two strokes back at 12 under with Brian Harman. Steele shot a 64 on the Nicklaus layout, birdieing four of the last six holes.

“It was nice of them to move the tee times up for us as it starts to rain right now,” Steele said. “I was able to get done just in time and took advantage of some good conditions.”

Harman had a 65 on the Stadium Course, the toughest of the three layouts and the site of the final round.

DIVOTS: Defending champion Jason Dufner shot a 66 on the Nicklaus layout to reach 7 under. … Patrick Reed, the top-ranked player in the field at No. 9, was 4 under after a 71 on the Nicklaus course. He won in 2014, shooting 63-63-63-71 to break the PGA Tour record for relation to par for the first 54 holes at 27 under and become the first player in tour history to open with three rounds of 63 or better. … Bill Haas, the 2010 and 2015 winner, also was 4 under. He’s playing alongside Mickelson.