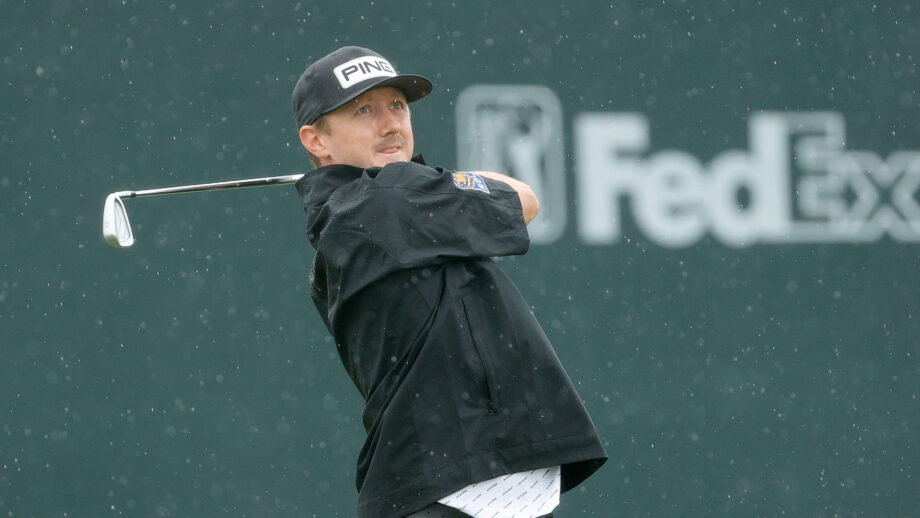 Mackenzie Hughes withstood windy, wet and cold conditions to finish 2-under par and tied for 9th at the Wells Fargo Championship in Potomac, Maryland over the weekend.

After an opening round 4-under 66, Hughes, paired with fellow Canadian Corey Conners who finished two back at even par, carded a final round bogey-free 67 to move into the top 10 at TPC Potomac at Avenel Farm – his third finish of that nature this season.

Nick Taylor put in a gutsy performance facing inclement weather conditions and finished in a tie for 15th, while Michael Gligic managed a T37 result.

Traditionally hosted by the Quail Hollow Club, the event was moved this year as the course in Charlotte, North Carolina undergoes preparations for the 2022 President’s Cup in September.

For Max Homa, it didn’t matter where the tournament was happening. For the second time since 2019 (the event was cancelled in 2020 due to COVID-19), Homa was crowned champion of the Wells Fargo Championship, finishing at 8-under par, two strokes ahead of runners-up Matt Fitzpatrick, Cameron Young and Keegan Bradley.

As the final pairing on Sunday, Homa and Bradley seesawed through the closing round, with lead changes throughout the front nine before Homa seized control down the stretch en route to his fourth career PGA TOUR victory and third in the last 15 months.

Drew Nesbitt, Adam Svensson and Roger Sloan were also in the field at TPC Potomac but did not make the cut.

Next up: The TOUR heads south to Texas for the AT&T Byron Nelson at TPC Craig Ranch from May 12-16. Hughes, Gligic, Sloan, Svensson, Taylor and Adam Hadwin are slated to tee it up for Canada.