Hughes ties for 2nd at Corales behind champion McDowell 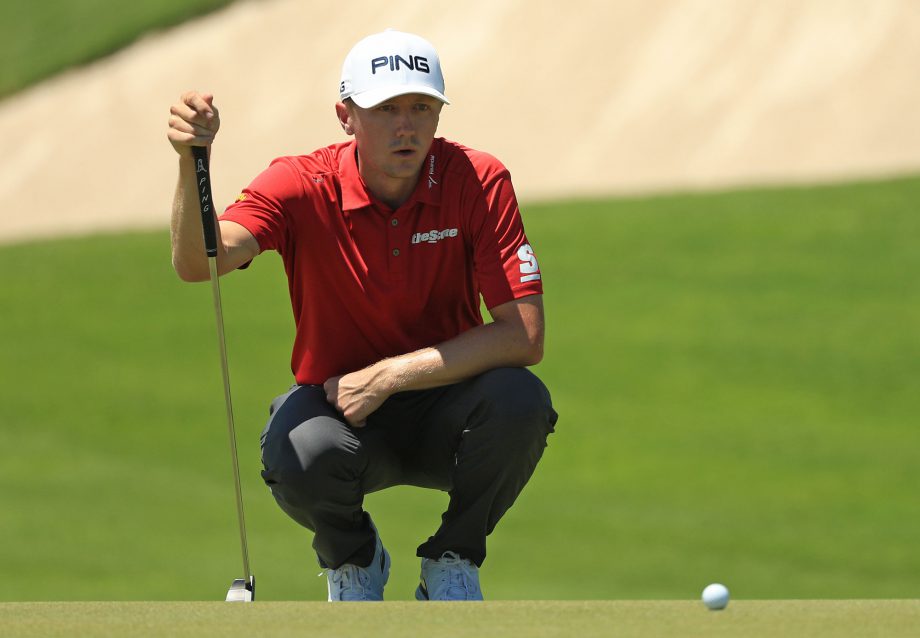 PUNTA CANA, Dominican Republic – Graeme McDowell won the Corales Puntacana Resort & Club Championship on Sunday for his first PGA Tour title since November 2015, closing with a 3-under 69 for a one-stroke victory over Chris Stroud and Canadian Mackenzie Hughes.

“This is big. This is big. … It’s been a rough few years,” said McDowell, the 39-year-old major champion from Northern Ireland.

He didn’t get an automatic Masters spot with the victory because the event was played opposite the World Golf Championships-Dell Technologies Match Play.

“It’s difficult to win on the PGA Tour,” McDowell said. “Don’t like calling this a second-tier event, but obviously the best players in the world are in Austin, Texas, this week. Still got a great field down here.”

“To be honest, Graeme earned it,” Stroud said. “He hit some great shots and 17 is a perfect example. He hit a lot of good shots today and didn’t get rewarded. He got rewarded there.”

McDowell set up the two-stroke swing on 17 with a 6-iron shot.

“I was standing on 16 green, I said to myself, ‘You’ve got to do something that’s tournament winning,”’ McDowell said. “The shot to 17 was tournament-winning level. … I’ve been struggling with my long-iron play all week, medium- and long-iron play. It’s a shot I’ve been working on on the range the last few days and it was a perfect 6-iron, it was a perfect number for me, and when it came off the bat I knew it was pretty good.”

McDowell finished at 18-under 270, rebounding from an opening 73 with consecutive 64s to take a one-stroke lead over Stroud into the final round. The 2010 U.S. Open champion, McDowellwon his fourth PGA Tour title.

“I sat over there Wednesday and I said that I was here on a mission,” McDowell said, “I was here motivated, and the attitude was going to be very, very important this week. I got off to a slow start and then I kind of found my groove Friday, Saturday, especially on the greens.”

Hughes rallied with his second straight 66 to climb into a share of 2nd place, his best PGA TOUR result since his 2016 win at the RSM Classic. The Dundas, Ont., native was coming off a strong T13 result at the Valspar Championship just a week earlier.

.@MacHughesGolf for birdie and a share of the LEAD 🔥🔥 pic.twitter.com/ujHT0xgC5T

Stroud faltered after birdieing the par-5 14th and par-4 15th to take the lead.

“I hit the ball really poorly today and I did a really, really good job of making awesome pars, making some birdies when I had a chance,” Stroud said. “I just hit it pretty poorly, and to have a chance to win hitting it that poorly makes me feel pretty good. Even coming down the last two holes, I hit a pretty poor chip on 17 after hitting a horrendous 6-iron. That’s a perfect 6-iron for me.”

Second-round leader Sungjae Im, likely needing a victory to get into the top 50 in the world and earn a Masters spot, had a 71 to tie for seventh at 14 under.