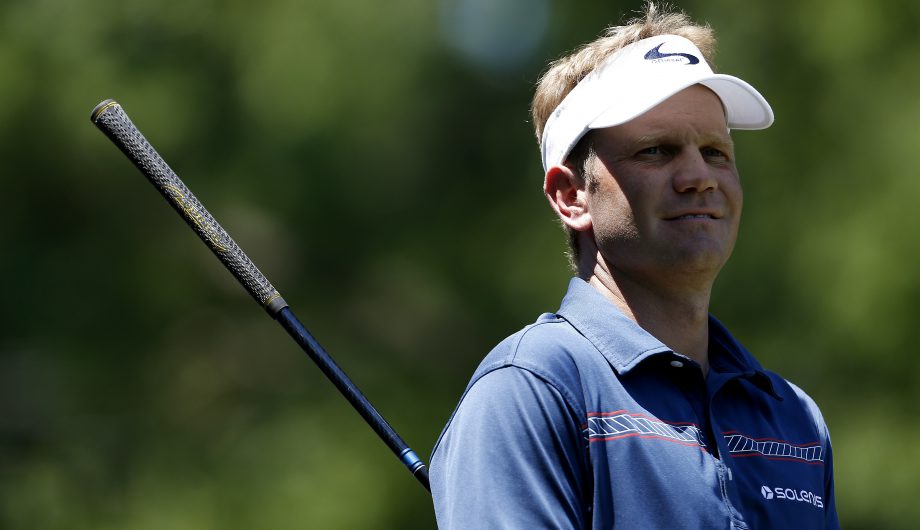 BETHESDA, Md. – Naval Academy graduate Billy Hurley III shot a 4-under 67 on Saturday to take a two-stroke lead over Ernie Els into the final round of the Quicken Loans National.

Hurley had four birdies in the bogey-free round at Congressional to reach 15 under.

Els holed out for eagle on the par4 12th with the shot of the week and finished with a 65.

Jon Rahm, who held the lead after one round and shared it with Hurley after two, struggled. Playing his first event as a professional, the 21-year-old former Arizona State star from Spain had four bogeys in a 70 that left him three strokes behind Hurley.

Hurley, who grew up in Leesburg, Virginia, has been able to take advantage of favourable conditions at Congressional this week for Tiger Woods’ annual tournament.