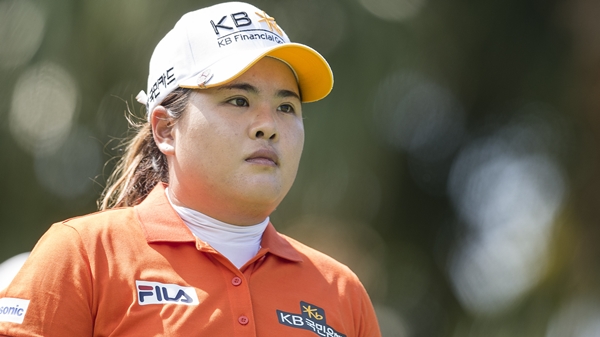 TAIPEI, Taiwan – Inbee Park shot a 3-under 69 in windy conditions Saturday in the LPGA Taiwan Championship to increase her lead to four strokes.

Playing her first event since regaining the No. 1 spot in the world from Stacy Lewis on Monday, the South Korean newlywed had an eagle, four birdies and three bogeys at Miramar in wind gusting to about 30 mph. In calm conditions the first two days, she shot 64-62 to take a three-stroke lead.

“It was quite different situation with the wind,” Park said. “It was playing a lot tougher. The downwind holes, it was tough to stop the ball on the green. We have quite tough holes out there, but I think I managed myself quite good.”

Park had a 21-under 195 total. She won the LPGA Championship in August for her second victory of the year and fifth major title. Last year, she swept the first three majors and won six times.

The second-ranked Lewis was tied for second with China’s Shanshan Feng.

“We’re going to have a good competition tomorrow and, obviously, four strokes around this golf course, it’s not impossible,” Park said. “I just need to putt like the way I did for the last couple days and control the ball really good in the wind.”

Lewis birdied four of the last five holes for a bogey-free 64, the best round of the day.

“I kind of got things together there. Played really good,” Lewis said. “The wind started blowing on 7, and my caddie kind of made a comment about it and I said, `Good.’ That was my response. I knew I needed some help with the weather to get a little bit closer and played some great golf there coming in.”

The American has a tour-high three victories this season.

“You go into this golf course thinking it’s going to be windy and you kind of have it set in your head that that’s the way it’s going to be,” Lewis said. “When it’s not windy you have to change the game plan a little bit. Didn’t quite adjust the last two days.

“But I love it when it’s like this. When it’s windy and hard, I think it brings the best out of me and the big thing today was I made some putts there at the end and got me close enough for tomorrow and in the last group, so good spot to be in.”

Spain’s Azahara Munoz was fourth at 13 under after a 69, and South Korea’s So Yeon Ryu was another stroke back after a 68. Third-ranked Lydia Ko shot 71 to fall into a tie for sixth at 11 under. The 17-year-old New Zealander won the Swinging Skirts World Ladies Masters in December at Miramar.

Michelle Wie had a 72 to drop into a tie for 27th at 6 under. Norway’s Suzann Pettersen, the winner the last two years at Sunrise, was another stroke back after a 74.