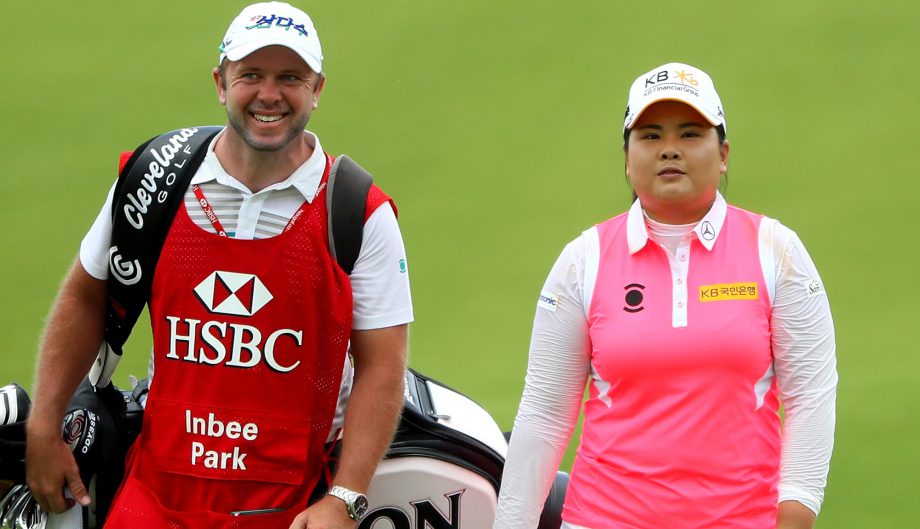 SINGAPORE – Inbee Park made a birdie on the last hole Friday to take a one-stroke lead over Michelle Wie and two others after two rounds of the LPGA’s Women’s Champions tournament.

Park lost her place atop the leaderboard when she made a double-bogey on the 12th hole, her only blemish in two rounds at the Sentosa Golf Club, but regained her composure with birdies on the 14th and 18th holes.

The Olympic gold medallist had a second consecutive five-under-par 67 to lead the $1.5 million event at 10-under 134.

Wie, who led overnight after an opening round of 66, shot a bogey-free 69 to join Hur Mi-Jung (67) and Ariya Jutanugarn (68) in a three-way tie for second.

Suzann Pettersen (67) and Park Sung-Hyun (68) reached the halfway stage at 8 under, tied for fifth.

Brooke Henderson of Smiths Falls, Ont., who opened with 5-under for a share of second place, slipped back with a round of 70 and now sits at 7-under 137. Henderson and five others, including No.1-ranked Lydia Ko, who shot 68 Friday, trail Park by three strokes.

Alena Sharp of Hamilton was at plus-5 after her round of 2-over.

With the greens soft after a morning rain shower, Park birdied five of her first nine holes to go out in 31 before an unlucky break at the 12th when she got mud on her ball.

“I hit a good shot but it’s that unlucky bounce. Making double-bogey was a mistake,” she said. “I didn’t want to ruin the day with one bad hole with an unlucky shot. I think it’s just trying to keep the calm emotions going. Obviously there were a few birdie holes coming in, so I was trying to get a couple from there.”

Wie made a flying start when she sank two long birdie putts, but managed just two more for the rest of the round.

“I hit it in the bunker on 2, and then I hit it to about 25 feet and made that putt, which is a nice one to make on the second hole,” she said.

“And then the next hole I made a 15-footer. It was just one of those days where after that, it looked like every putt was going to go in, but just didn’t go in.”

Ko’s putter was running hot at the end of her round as the New Zealander knocked in three long birdie putts at the 16th, 17th and 18th on the new Tanjong course at Sentosa.

The Olympic silver medallist has not won a title since July _ a barren run by the 19-year-old Ko’s standards _ but she produced the shot of the day when she hit a fairway wood within inches of making a double-eagle at the 534-yard 5th hole.

“I just kind of gripped my 5-wood and ended up being like a foot by the hole,” she said. “Because the hole was kind of behind this little slope, I didn’t know how long it was, because I thought it had kind of gone off the green. But it ended up being perfect.”

Pettersen also made a strong start, making seven birdies in her first 13 holes, before she slipped back into a tie for fifth with two late bogeys.

“Eight-under through two rounds, yeah, it’s good,” Pettersen said. “I wish I could have taken back a couple of those dropped shots, but I’m going to have more opportunities coming my way on the weekend.”