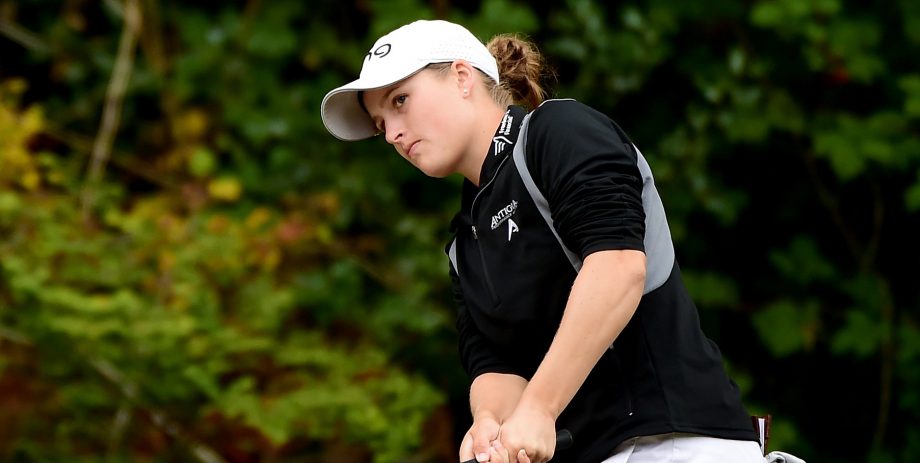 EL DORADO, Ark. – Madelene Sagstrom won the Murphy USA El Dorado Shootout on Sunday for her third Symetra Tour title of the season, officially earning an LPGA Tour that she wrapped up months ago.

Quebec’s Anne-Catherine Tanguay tied for 4th after a final-round 70 left her at 4-under 212.

Sagstrom finished off the Symetra Player of the Year, Gaelle Truet Rookie of the Year and the season money title. She earned $15,000 to push her record season total to $156,184 with two tournaments left. The 2015 Southeastern Conference player of the year at LSU has 11 top-10 finishes in 14 events.

“This season has meant so much to me and all the awards mean a lot to me,” Sagstrom said. “I knew I was close to closing out the award (Player of the Year) and I feel accomplished, but I also realize that I can’t focus on those things to perform at my best. I’m now really looking forward to the Symetra Tour Championship, which will be my last event.”

Sagstrom earned an in-season promotion to the LPGA Tour with her third victory, but the big tour had no more domestic full-field events left that she could play this season.

The Swede also won the Chico’s Patty Berg Memorial in April in Florida and the Self Regional Healthcare Foundation Women’s Health Classic in May in South Carolina.

The final top 10 on the money list will earn LPGA Tour cards.