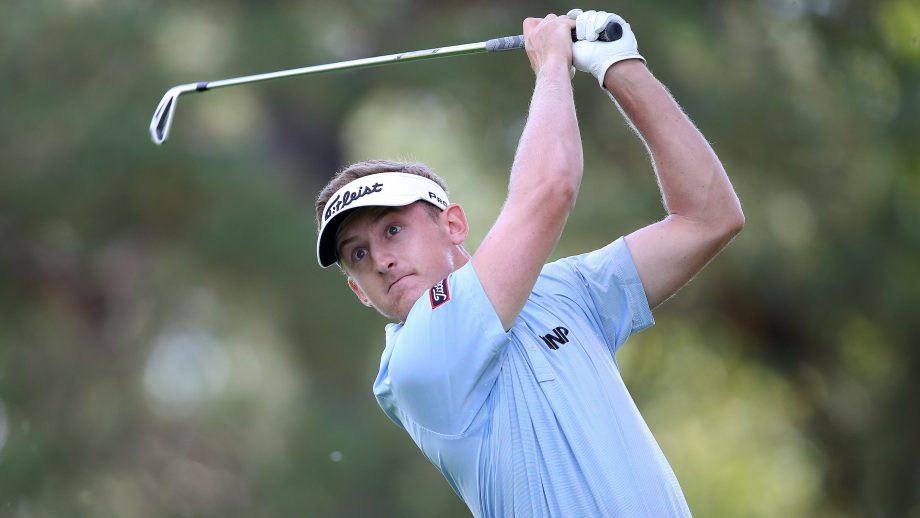 Calgary, Alta, Canada— Canadian Jared du Toit, who held a brief lead as he made the turn to the back nine, is in good position on the leaderboard after a second-round 65 at the ATB Financial Classic. Spending much of the last seven years of his life in Calgary, the hometown player is in good position to bring home the Freedom 55 Financial Canadian Player of the Week award.

“I’ve been hitting it well the past month and been waiting for the putter to go and it never came, so after the missed cut in Edmonton I put some really hard work in putting and I think it’s starting to pay off. I made a few today and yesterday, and that really started to get things going,”said du Toit.

The Country Hills Golf Club course record belongs to Lee Hodges, who made nine birdies, including three consecutive to close out his day, to card a 62 and holds a share of the lead with Chris Killmer after the second round.

After a lackluster performance last week in Edmonton at the Oil Country Championship, where he missed the first cut of his Mackenzie Tour career, Hodges’ 62 gives him the best scoring average on the Mackenzie Tour at 67.7.

“It was a good round. I was in control of my game the whole time and struck it really nicely,” said Hodges. “I hit every green and wasn’t often outside 15 feet, so it was a good ball striking day, and then I made some good putts on the last three, so overall, it was a good day.”

Hodges spread his birdies sporadically on the front nine, carding circles on hole Nos. 2, 5, 8 and 9. Turning to the back, The Huntsville, AL native made birdie on Nos. 10 and 13 before closing with three in a row for his second 62 of the season.

“It was really yesterday that this started, I played the same way, but just didn’t make as many putts,” said Hodges, who opened with a 66 on day one. “These greens are tricky to read sometimes, but today I was just underneath the hole all day and had straight putts, which was nice.”

This isn’t the first time Hodges has been in a position like this on the Mackenzie Tour. At the Osprey Valley Open, the 23-year-old held an 18-hole lead after, déjà vu, a course-record 62.

Following back-to-back 69s in rounds two and three, Hodges closed with a disappointing 77 to finish T28. However, the recent Alabama Tar Heel grad chalks it up as a necessary learning experience.

“I’m glad I had that experience at Osprey (Valley) because I didn’t handle it very well,” said Hodges. “I was like, ‘where do I go from here’, but now I know to keep my foot on the gas pedal, keep making putts and good shots and good things will happen.”

Trailing the leaders by one is first round leader Tyler McCumber, who made two eagles on the day to fire a second-round 66. In his last 11 rounds on the Mackenzie Tour, McCumber has a scoring average of 65.36.