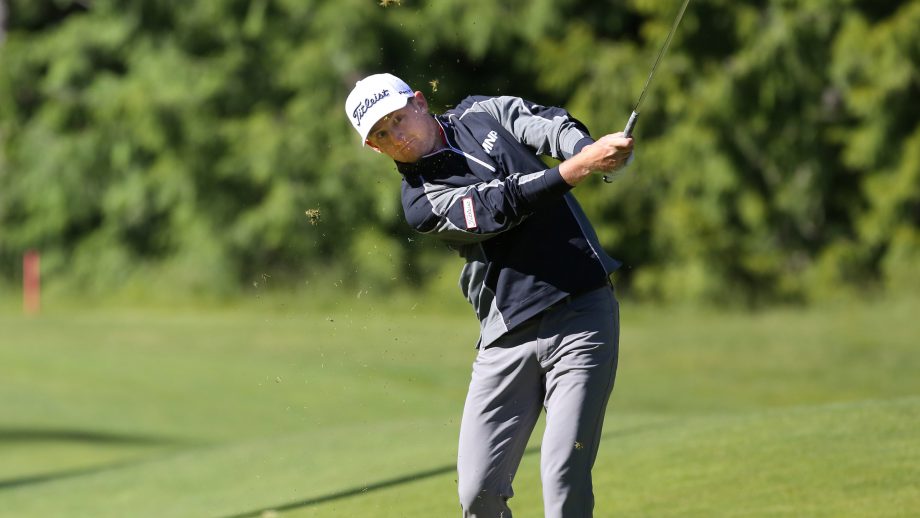 KELOWNA, British Columbia, Canada—Jared du Toit was the low-Canadian this week, finishing fifth, at 16-under 268 at the GolfBC Championship.

“At the end of the day, I did a lot of good things. I hit the ball really well.” du Toit said. “Made a couple early, which I would’ve hoped got [Cunningham] thinking a little bit, but [it] turns out it didn’t. Not much you can do about that.”

The Kimberley, B.C. native started off strong firing 4 birdies in the front nine. In his back nine he fired one birdie and a bogey on hole 16 finishing 4-under 67 on Sunday.

“I was in the mix, seven of my last eight rounds. These guys are pretty good out here, so pretty happy with all that. Hopefully I can keep the trend going, get myself in the mix and keep knocking on the door for that elusive victory,” said du Toit.

With his dad on the bag, it was a special Father’s Day for George Cunningham as he picked up his maiden Mackenzie Tour – PGA Tour Canada victory. He carded a 5-under 66 to win by two shots.

After his career-low round of 9-under 62 in the third round, Cunningham started the final round with a three-shot lead. Sunday, he started with four consecutive pars, before carding a birdie-eagle stretch on Nos. 5-6.  He added an additional birdie on the par-5 ninth hole to make the turn at 19-under, holding a two-shot advantage. Coming down the stretch, with his closest competitor, P.J. Samiere, making bogey at the last, Cunningham sealed the deal by sticking a wedge from 91 yards to three feet for a birdie putt he made. It was good enough to finish at 20-under for a two-shot victory.

With his grandparents also in the gallery, it was a Father’s Day to remember for the Cunninghams. His grandparents, John and Carlotta Cunningham, drove close to 2,630km from their home in Tucson, Ariz., to watch their grandson play.

“On the 18th hole, my dad told me to make the putt and count it as his Father’s Day gift,” said Cunningham with a smile. “I guess I got that out of the way.”

The 22-year-old is a father himself, to three-year-old daughter Charlotte.

“I’m really excited to tell my daughter,” said Cunningham. “I’m excited to call her and talk to her about my win. I know she’s excited for me to come home. I’ll be home after the next event.”

Cunningham earned his first Mackenzie Tour – PGA Tour Canada victory in just his third professional start. The 22-year-old competed as an amateur at this season’s Q-School USA West No. 2 in Phoenix, where he finished third. Shortly after graduating in May from the University of Arizona, he turned pro and missed the cut in the first two events of the season—in Vancouver and Victoria.

“After the first two weeks, I knew I was going to need something special this week, and I did,” said Cunningham. “That’s what everyone is playing for, and I just came out on top this week.”

With his win, Cunningham moves to No. 4 on the Order of Merit, with $36,000 in earnings. Zach Wright claimed the top earnings’ spot after his runner-up finish. He’s pocketed $41,900 this season.