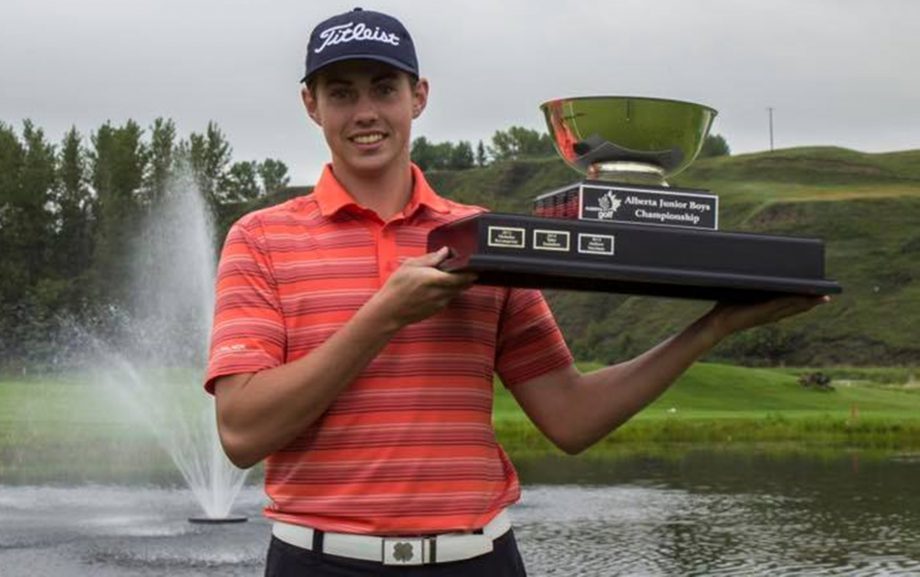 De Winton, Alta. – It may not have been the final day he was expecting, but after Cottonwood Golf and Country Club was forced to close the course due to heavy rains that flooded fairways this morning, Jaxon Lynn is the 2016 Alberta Junior Boys Champion. Lynn carded a tournament total of -6, 207, finishing eight strokes ahead of his nearest competitor.

Dedication and plenty of practice played a big part in Lynn’s win this week. When asked about his play throughout the tournament, Lynn responded, “on the first day, I didn’t putt very well. And then I spent about two hours on the putting green after the first round. Ever since then I started putting well.”

Chandler McDowell’s impressive third round, where he shot -5, 66, would prove to be enough as he walks away with the title of 2016 Alberta Juvenile Boys Champion.

The Alberta Junior Boys Interprovincial Team will consist of the respective champions, Lynn and McDowell, as well as Matt Bean who earned the final spot. Lynn and McDowell each shot a round of 66 throughout the tournament, and a 68 and 69 on days one and three propelled Bean to his impressive overall finish.

Alberta Golf would like to extend thanks to the staff at Cottonwood Golf and Country Club for their efforts in accommodating the 2016 Alberta Junior & Juvenile Championship. For final round standings from the championship, click here.