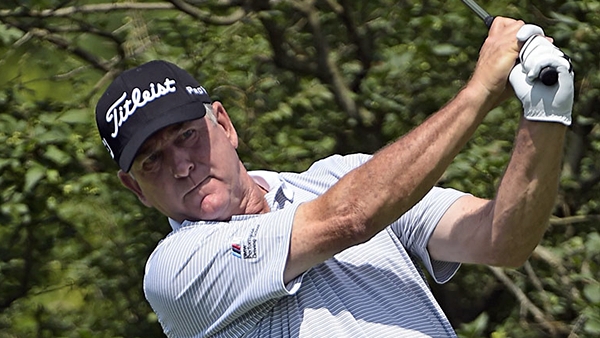 CONOVER, N.C. – Jay Haas became the 18th player to win a Champions Tour at 60 or older, closing with a 5-under 66 on Sunday for a two-stroke victory in the Greater Hickory Kia Classic.

The 60-year-old former Wake Forest player has 17 victories on the 50-and-over tour after winning nine times on the PGA Tour. He also won the event in 2005 and 2009.

Haas extended his streak of under-par rounds to 23 and finished at 17-under 196 on Rock Barn Golf and Spa’s Champions Course. He ended a 27-month, 49-event winless streak since June 2012.

Players 60 and older have won 22 events on the tour, with Hale Irwin accomplishing the feat three times and Tom Watson and Jimmy Powell doing it twice each. Mike Fetchick is the oldest winner at 63 years in the 1985 Hilton Head Seniors Invitational.

Calgary’s Stephen Ames tied for 6th after a final round 65 left him at 11-under 202 for the championship.