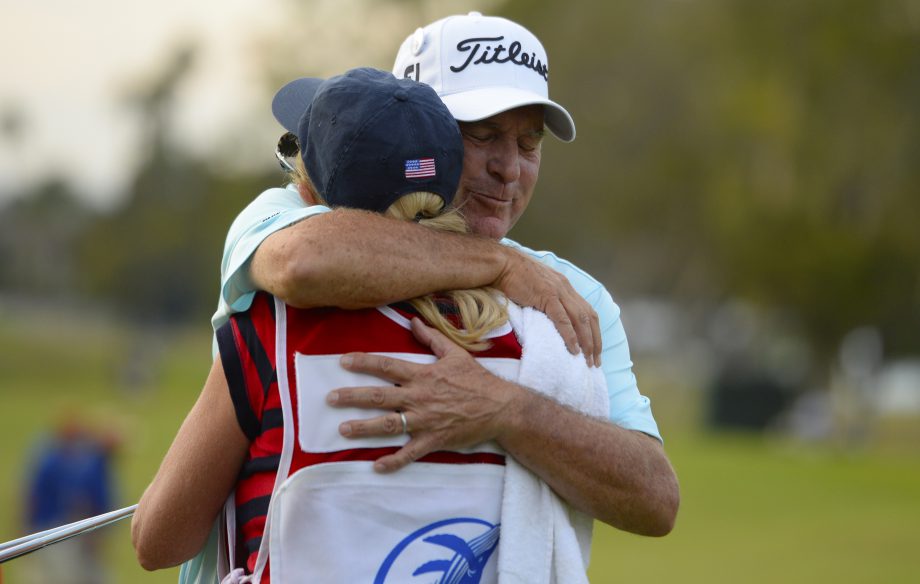 At 62 years, 10 months, 7 days, Haas trails only Mike Fetchick, the 1985 Hilton Head Seniors Invitational winner at 63 years to the day.

Also the 2007 winner at Newport Beach Country Club, Haas won his 18th title on the 50-and-over tour and first since 2014. He won nine times on the PGA Tour and captained the United States’ winning Presidents Cup team last year in South Korea.

The 53-year-old Bryant shot a 64, three-putting the 18th in regulation. He hit into the left greenside bunker in two, and hit something under the ball in the sand that sent that ball right and long.

Bryant also struggled on the hole in the playoff, hitting way left off the tee, then into a grandstand to the right of the green. Haas hit the fairway and drew a good lie in light rough, also right of the green. Bryant’s chip raced across the green and off, and Haas hit his to a foot for the winning birdie.