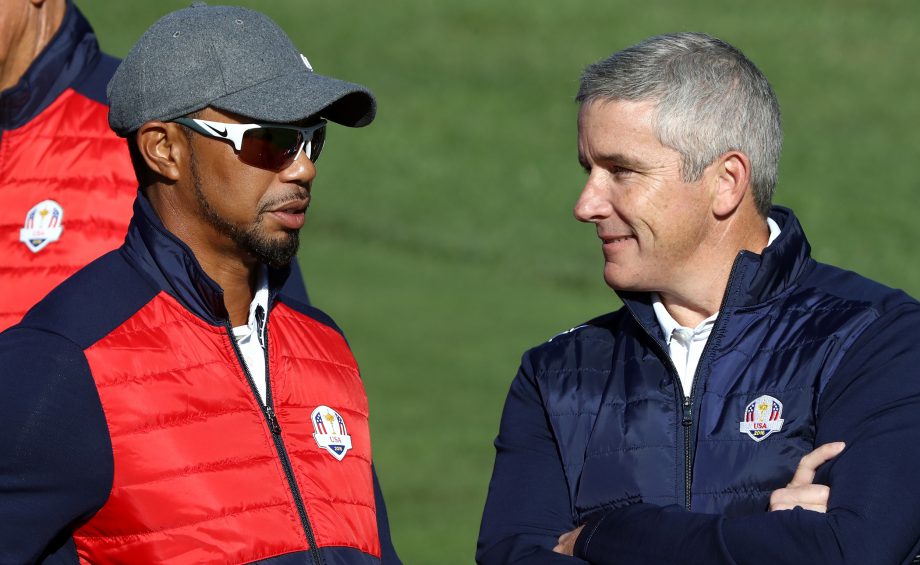 JACKSONVILLE, Fla. – Tim Finchem officially retires at the end of the year as PGA Tour commissioner, ending more than two decades during which he expanded the tour’s footprint around the world and saw prize money grow to nearly $300 million.

The PGA Tour’s board of directors accepted Finchem’s resignation Monday and unanimously approved Jay Monahan as his replacement.

Monahan, who has served as Finchem’s deputy commissioner since April 2014, becomes the fourth commissioner on Jan. 1.

“I have the highest regard for Jay and have total confidence in his ability to lead the PGA Tour well into the future,” Finchem said. “He has been a key member of the executive team since joining the tour and has worked closely with me on all business matters since becoming deputy commissioner. Jay is well respected throughout the PGA Tour family and the golf industry. I know he will do a tremendous job for the players and all constituents of the PGA Tour.”

Neither development was a surprise. Monday was the final quarterly meeting of the board this year, and Finchem had indicated he would not seek another extension.

Monahan, 46, was executive vice-president at Fenway Sports Group when he joined the PGA Tour in 2008, first as executive director of The Players Championship, and quickly moving his way through other business functions, including the key role of chief marketing officer. He was appointed chief operating officer earlier this year.

“I’ve worked with him closely now for a good period of time, and he’s absolutely the right guy,” Finchem said at the Tour Championship in September. “He doesn’t have a negative moment in his day. He is a total glass-is-half-full individual, and I think you’ll see that as we go forward.”

Finchem also was a deputy commissioner under Deane Beman when he was appointed in 1994, and he leaves behind a legacy of growth and new programs.

Total prize money in 1994 was $52.4 million for 40 official tournaments. As the 69-year-old Finchem retires, he leaves a fully sponsored schedule of 43 tournaments with prize money this season at just under $300 million. That doesn’t include the four majors.

Finchem used the arrival of Tiger Woods to negotiate massive television deals that drove prize money, and his finest work might have been the last one.

He steered the tour through a severe economic downturn in 2009, keeping it fully sponsored with prize money slightly increasing. And with Woods on the sidelines coping with injuries and a scandal in his personal life, the tour negotiated a nine-year television contract through 2021.

“Under Tim’s leadership, the PGA Tour has made remarkable progress, even in the most difficult economic times,” Monahan said. “We are now entering a very important time in our organization’s history, and I know our executive team and I will draw upon and be inspired by the invaluable experience of working with Tim as we take advantage of the extraordinary opportunities, as well as face the challenges, that are ahead for the tour.”

The first big challenge is likely to be the next television contract. Finchem and Monahan already have been meeting this summer with media executive to prepare for the next negotiations and figure out where advancements in media fit into the future.

Finchem also used the arrival of Woods to launch The First Tee, an education program geared around golf.

The Presidents Cup began in his first year as commissioner, and he was behind the World Golf Championships that began in 1999 and have been played in America, Spain, Ireland, England, Australia and China. Another one is schedule for Mexico City next March.

Finchem also tried to provide structure to the sprawling golf season with the FedEx Cup, which pays $35 million in bonus money to the players and $10 million to the winner. He also emphasized the Web.com Tour as the pathway to the PGA Tour. That also led the tour to create satellite circuits in China, Canada and Latin America.

Monahan comes from a rich New England golf heritage, playing at Trinity College in Hartford, Connecticut. He previously worked at EMC Corp. in branding and global sponsorships, then spent three years at IMG where he ran the Deutsche Bank Championship until leaving for Fenway Sports Management, and then the tour.

“Jay has proven himself to be an outstanding leader who has developed an intimate knowledge and understanding of the PGA Tour and a clear vision for the future of the organization,” board chairman Victor Ganzi said.