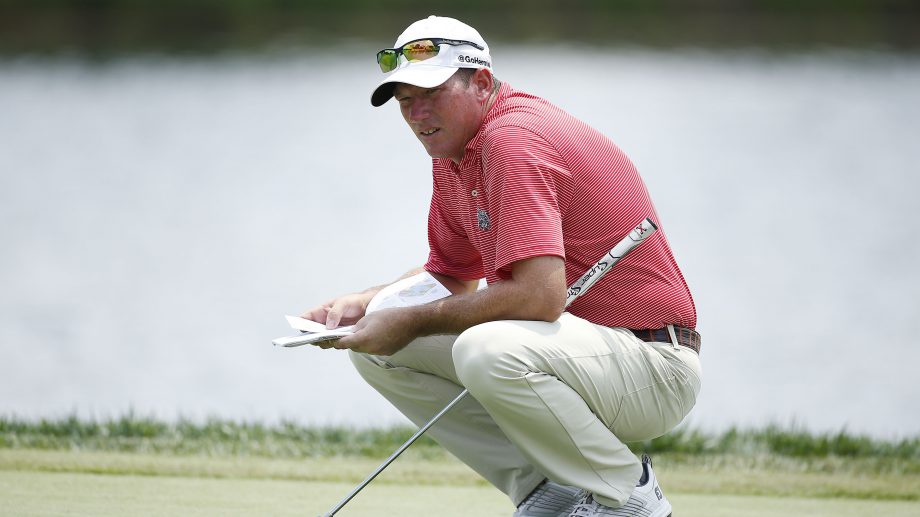 NICHOLASVILLE, Ky. – Jim Herman shot his second straight 7-under 65 on Friday to take the second-round lead in the PGA Tour’s Barbasol Championship.

Encouraged by Trump to pursue a playing career, Herman won the 2016 Shell Houston Open for his lone tour title.

Tom Lovelady played the first six holes on the back nine in 7 under, capped by a 10-foot eagle putt on the par-5 15th. He bogeyed the par-3 16th and parred the last two for a 65 to top the group at 10 under.

The winner will receive a spot in the PGA Championship, but not in the Masters.