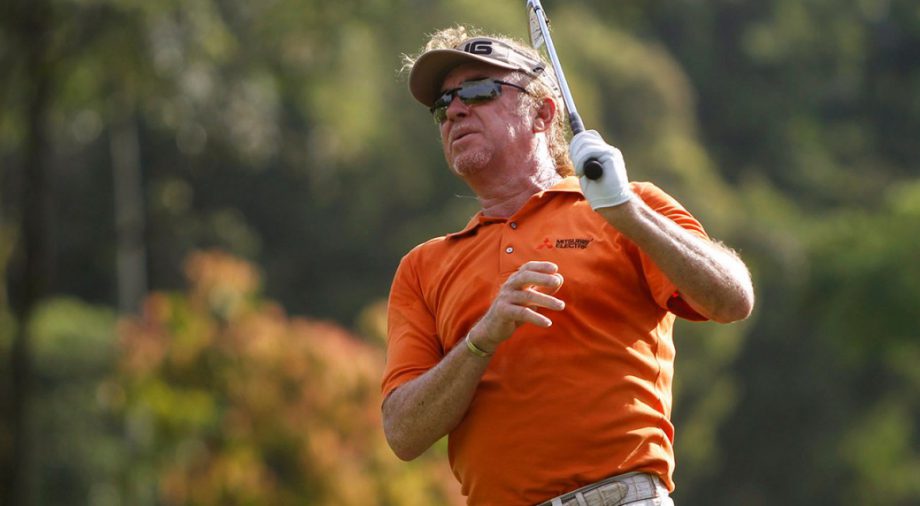 BLAINE, Minn. – Miguel Angel Jimenez made a 17-foot eagle putt on the par-5 18th hole Saturday for a 9-under 63 and the second-round lead in the PGA Tour Champions’ 3M Championship.

The 52-year-old Spanish player had five straight birdies on Nos. 6-10 and also birdied the par-3 17th in good scoring conditions at generous TPC Twins Cities. He had a 14-under 130 total.

“I played very solid all day long,” Jimenez said. “Finished with four birdies on the front nine and another at 10, then stopped making putts. Nice way to finish.”

Two weeks ago at Carnoustie in the Senior British Open, Jimenez took a four-stroke lead into the final round, only to shoot 75 and tie for third – three strokes behind winner Paul Broadhurst.

Jimenez won in Mississippi in March for his third career PGA Tour Champions victory. He has 15 regular European Tour victories, the last in the 2014 Spanish Open at a tour-record 50 years, 133 days.

“This year, my goal was to make the Olympics,” Jimenez said. “I put too much pressure on myself early this year.”

Kevin Sutherland was a stroke back after a 64. He tied for second last year.

“I putted unbelievable well,” Sutherland said. “Struggled with my irons today … I think someone will have go low tomorrow. It’s going to take a good score tomorrow, maybe something like I shot today.”

First-round leader Glen Day was 12 under, following his opening 65 with a 67. He played his way into the field Monday, topping the five qualifiers with a 7-under 64 at nearby Victory Links.

Colin Montgomerie and Jeff Maggert each shot 67 to get to 11 under.

Doug Garwood had the round of the day with a 62 to join the group at 10 under. He used a TPC Twin Cities youth caddie Saturday after his regular caddie fell ill Friday.

“It all kind of came together,” said Garwood, one off tying the course record. “I kept making putts. I made so many, I lost track. … It was the putter today. Hit it decent, nothing great.”

Two-time champion Bernhard Langer was tied for 10th at 9 under after a 68. He has broken par in all 23 of his rounds in the event.

Two-time defending champion Kenny Perry had a 68 to move into a tie for 45th at 3 under.

John Daly had his second 72, leaving him tied for 62nd at even par.