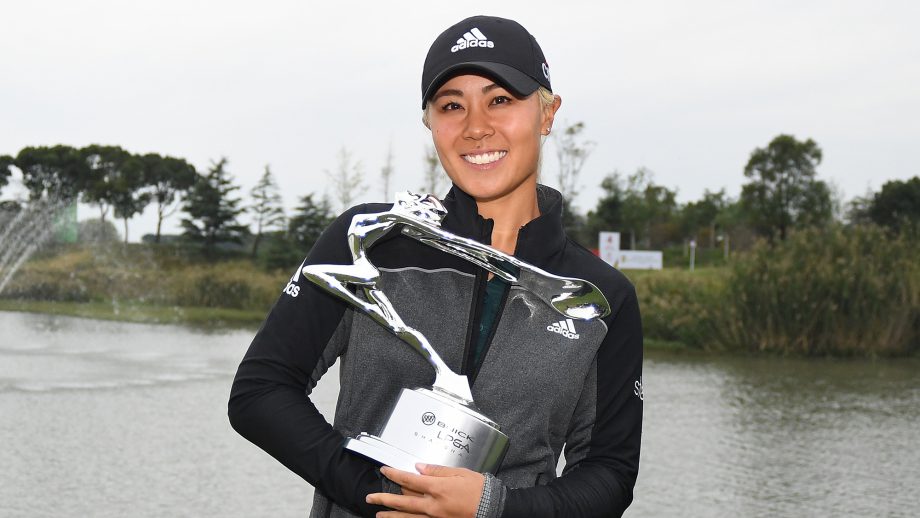 SHANGHAI – Danielle Kang shot a 3-under 69 on Sunday to win the LPGA Shanghai by two strokes for her second career title.

Kang, who started the final round one stroke off the lead, offset a lone bogey on the par-5 fourth hole with four birdies after the turn to finish at 13-under 275 and hold off a late charge by Lydia Ko, who had the day’s lowest score of 66.

“I hope I win more,” Kang said. “I did the best I can. I’m going to keep working hard and keep giving myself chances and keep putting myself in contention. I’ll win more. I’ll play better.”

Kang becomes the seventh player from the United States to win on the LPGA tour in 2018.

Ko, who had seven birdies and a lone bogey, tied for second at 11 under with a group of seven players that included Brittany Altomare (71), Ariya Jutanugarn (71) and overnight co-leader Sei Young Kim (72).

I played really solid,“ Ko said. I gave myself a lot of opportunities for birdies, and there was a

string there that I felt like I should have made birdies that I didn’t.“

Carlota Ciganda, who also held a share of the lead after the third round, shot a 73 to fall into a tie for ninth with Bronte Law and local favourite Lu Liu.

Paula Creamer carded three birdies against a pair of bogeys for a 71 to finish in sole possession of 12th place.

Brooke Henderson rallied back from a slow start to the tournament with a final-round 70 (-2) to finish in a tie for 26th place.