Kenny Perry holds onto Regions Tradition lead by one stroke 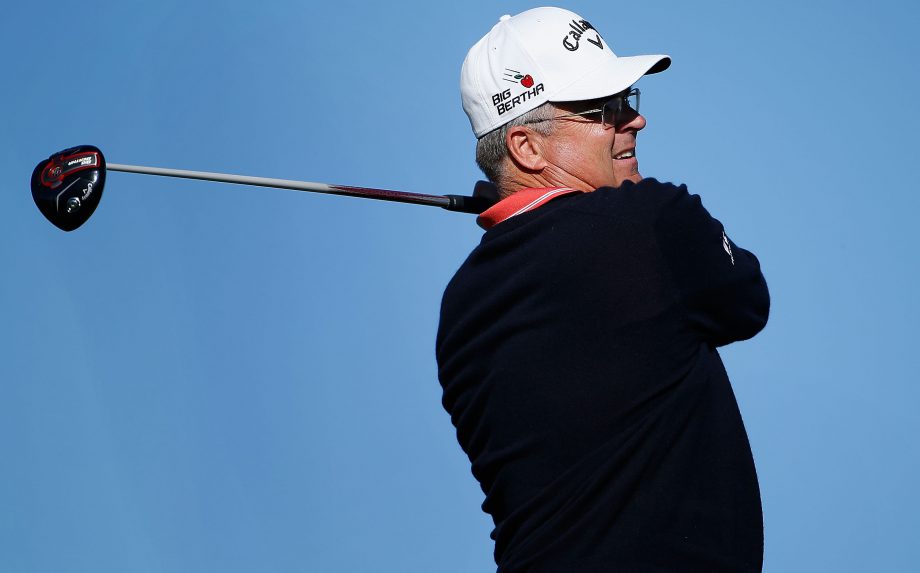 Perry shot a 2-under 70 on Friday to maintain a one-stroke advantage over Bernhard Langer and Billy Andrade after two rounds. The course was hit by early light rain and the wind switched directions from the opening day.

Perry had three birdies and a bogey to reach 10-under 134 at Greystone in the first of the year’s five PGA Tour Champions majors. The 2014 Regions Tradition winner has missed only one green in regulation in the first two days.

Conditions changed after his bogey-free opening 64. Tournament officials opted for a two-tee start because of weather concerns, with Perry and Langer starting on the 10th tee. The course received 0.14 inches of rain overnight and in the morning, forcing a 30-minute delay to start but escaping any heavy rain during play.

“A lot of the par 5s I was hitting 6 and 7 iron into, I was hitting 5 woods and woods in today, so pretty challenging. I mean, plus, I don’t have a lot of experience here so that was kind of hard. You’re kind of out there guessing.”

Langer picked up one stroke with a round that also included a single bogey. But he finished better after closing Thursday with a bogey.

“(I) didn’t make all the putts I wanted to make, but made a few par saving putts there toward the end,” Langer said. “So I’m right there, good chance for the weekend. Just got to get my game together.”

Andrade birdied the final hole for a 68, including six birdies and two bogeys. Other players told him coming in that he’d like the course, and it’s proving true so far.

“It kind of fits my style and I knew that going in,” Andrade said.

Three players are at 8 under, including Gene Sauers, Scott McCarron and last year’s runner up Kevin Sutherland.

Sauers and McCarron both returned from multi-year hiatuses from their playing careers at one point, though for very different reasons.

Sauers shot a 70 for a two-day total of 136. He had a bogey and three birdies, all in the final six holes with nothing but pars the rest of the way. Sauers has four runner-up finishes on the senior tour and hasn’t won since the PGA Tour’s Air Canada Championship in 2002.

He missed seven years because of a rare skin condition, Stevens-Johnson syndrome, that clogged blood vessels in his arms and legs and eventually caused his skin to burn from the inside out.

McCarron eagled the par-5 second hole after opening with his only bogey of the round for a 66. Also a TV analyst, he won three PGA Tour championships despite giving up pro golf for four years to work in his family’s clothing business.

Sutherland had his second straight 68.

Recently turned 50, John Daly finished with his second straight roller-coaster 70. He had a triple bogey to go to 4 over through three holes and also had a string of four birdies in six holes.

Defending champion Jeff Maggert was 3 under after a 73.

Calgary’s Stephen Ames was 1-under and sits T39. St. Catharines, Ont., native Rod Spittle shot a second straight 72 and is tied for 50th.