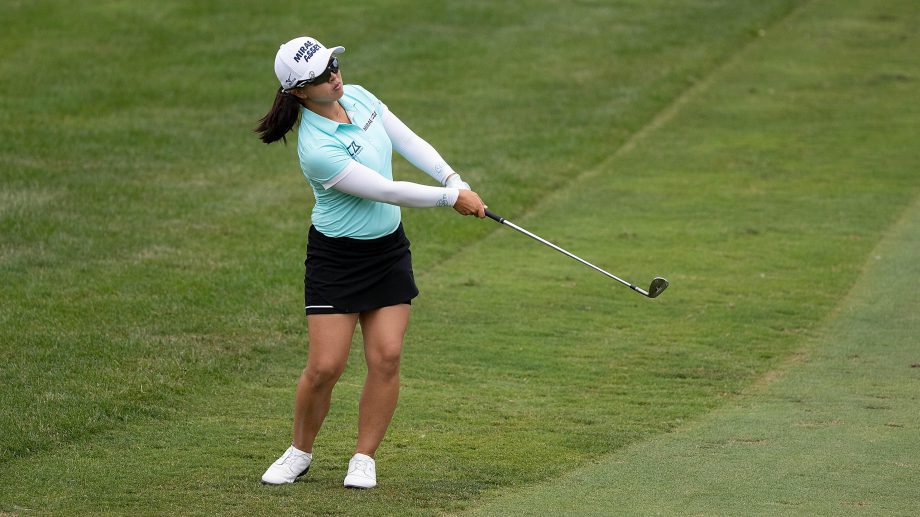 SYLVANIA, Ohio – Sei Young Kim shot a 5-under 66 on Saturday in the Marathon Classic to take a one-stroke lead over Lexi Thompson into the final round.

Brooke Henderson is in a tie for seventh, but seven shots behind Kim. Alena Sharp, who held a tie for the lead after round one, is  now in a tie for 41st.

Kim had seven birdies and two bogeys in gusty conditions to reach 16-under 197 at Highland Meadows Golf Club.

“It was a little tough to judge the distance,” Kim said. “Wind very gusty, on and off.”

The South Korean player won the LPGA MEDIHEAL Championship in May in California for her eighth tour title.

Thompson made a 20-foot eagle putt on the par-5 18th for a 65. She won the ShopRite LPGA Classic last month in New Jersey for her 11th tour title.

“It was a lot windier today,” Thompson said. “A little bit different direction, but not a big difference. It was just gusty. … It was a little bit more to deal with and then firmer greens in the afternoon, but it was a good test.”

“I took my first week off at home and just relaxed and then I basically just played the second week,” Thompson said. “I just wanted to keep my swing in the groove because I was hitting it well before I took the break. Just really took it easy. Came into this week knowing I like this golf course and just this tournament in general, so it’s just been overall a fun week for me.”

U.S. Women’s Open champion Jeongeun Lee6 was third at 12 under after a 69.

“My tee shot was not very good, especially my iron shots,” Lee6 said. “It was so hard to control my shots. There weren’t a lot of birdies today.”

Lewis won the last of her 12 LPGA Tour titles in 2017. She was born in nearby Toledo and has an endorsement deal with Marathon Oil.

“As long as it stays windy and the golf course keeps playing hard, I think there is a good round out there,” Lewis said. “I feel like I’m getting really close. I did a good job hanging in there today. I thought it played pretty tough. Just keep inching a little closer to playing some really good golf. That’s all you can do.”

“It was good,” Kupcho said. “I definitely struggled a little bit the beginning with tee shots. Got the groove going at the end and just missed a couple putts.”