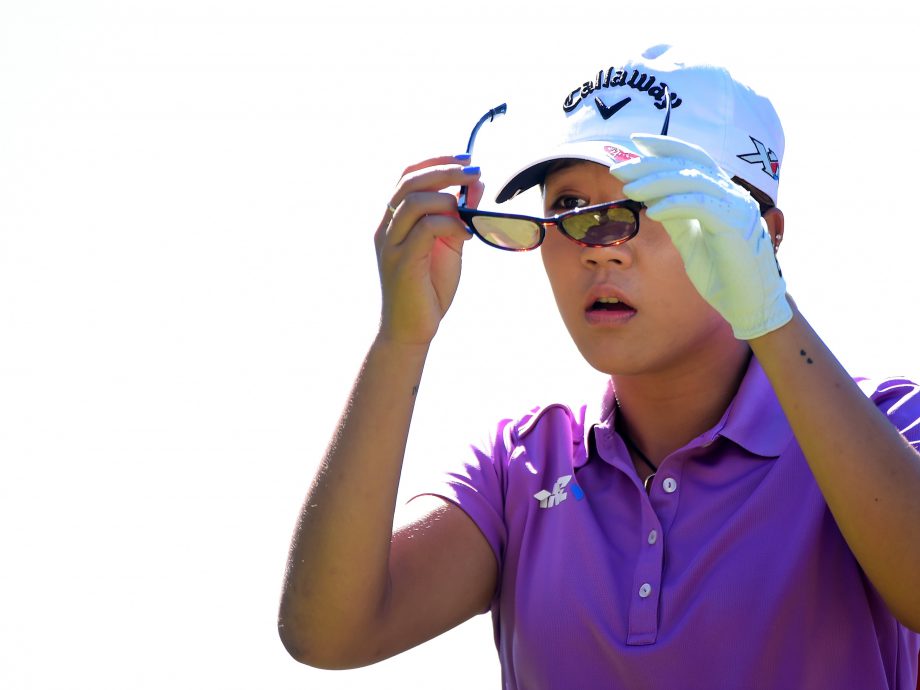 “Overall I played really solid today, so I’m happy with the way I’m hitting it and the way I’m putting it,” Ko said. “I think every round, unless I shoot 18-under par, I’m probably going to say, hey, I knew it could have been better. But no, I’m playing solid, and that’s the mind-set I’ve got to have and just have fun out there tomorrow.”

Ko recorded four birdies against a lone bogey on 18 to shoot a 69. Kung’s play was more up-and-down with four birdies and three bogeys.

“Feeling pretty good today,” Kung said. “I hit the ball good and it was actually one of the best ball-striking days I had all week. Just missed a couple putts here and there. Those were all wrong reads. But I’m hitting it good, putting it good.”

Kung, a four-time winner on the LPGA Tour, is coming off of her best finish of the year with a tie for second at the Cambia Portland Classic last week and will be looking for her first victory since the 2008 Hana Bank-KOLON Championship.

“I’m actually very relaxed,” Kung admitted. “After what I went through last week, I’m actually feeling quite comfortable where I’m at right now.”

Chasing Ko and Kung in the penultimate group will be Alison Lee, who shot a third-round 65 to sit two shots back and Karine Icher who is three back at 9-under.

Alena Sharp remains the top Canadian after a 1-under 71 has her tied for 28th at 2-under for the championship. The Hamilton native will look to go even lower Sunday.

“I want to go out and have a good Sunday here,” Sharp said. “I didn’t look at the scoreboard out there, but a 67 or 68 tomorrow would be nice.”

Brooke Henderson recovered from a rough start to shoot an even-par round of 72. The 17-year-old from Smiths Falls, Ont., missed a short birdie putt on her opening-hole, had a bogey on the second hole, and then hit the water on No. 3 for a double-bogey.

Henderson, who had sister Brittany as her caddie Saturday, settled down with birdies on No. 6 and No. 7. and then put together a string of pars before ending the day with a birdie to get her round back to even-par.

The final-round gets underway Sunday at 8:40 am PT with the final pairing teeing-off at 2:50pm PT. Tickets are still available at the gate and kids 17 and under are free.