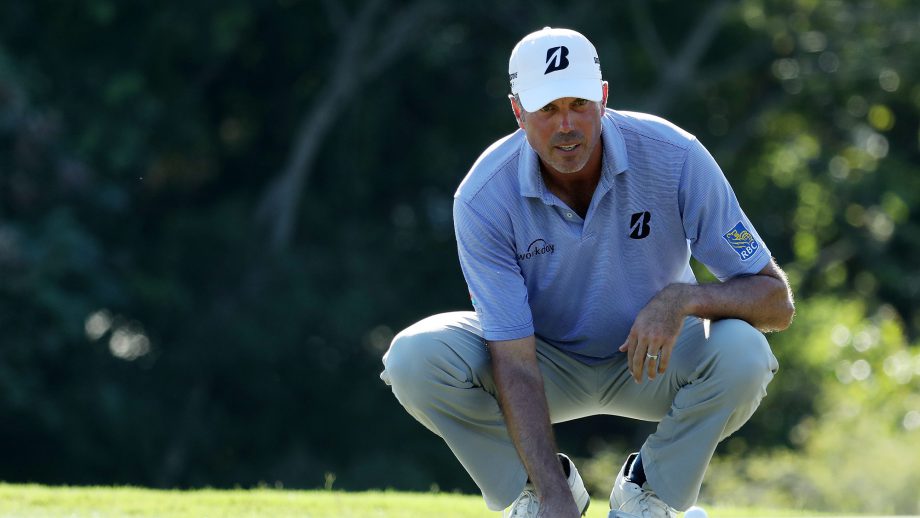 PLAYA DEL CARMEN, Mexico – For three days, Matt Kuchar has felt in total control of his game at the Mayakoba Golf Classic.

It shows in his score.

For the second straight day, Kuchar had enough birdies to atone for one rough hole, and it carried him to a 6-under 65 to set the 54-hole tournament record and build a four-shot lead as he tries to end more than four years without a PGA Tour victory.

Kuchar was at 20-under 193, breaking by three shots his personal best on the tour, and by one shot is 54-hole score to par.

Kuchar saved par from just off the green at the 18th to keep his four-shot margin over Whee Kim, who had a 66.

The last time Kuchar had a four-shot lead going into the final round was the 2014 Houston Open, and he wound up losing in a playoff when Matt Jones made a 45-foot birdie putt on the last hole and then chipped in from 40 yards in a playoff.

The other two times Kuchar had the 54-hole lead, he won the Memorial in 2013 one week after losing a one-shot lead at Colonial.

“You know the deal, though. You have to go play good golf,” Kuchar said. “I can’t go out there and think a whole bunch of pars are going to get me in the winner’s circle. I’ve still got to make a good number of birdies, and with that, somewhat have the pedal down.”

Richy Werenski and Danny Lee each shot 67 and were five shots back, followed by a group that included PGA Tour rookie of the year Aaron Wise (63) and Cameron Champ (69). Champ, who played in the final group with Kuchar and Lee, already won this season at the Sanderson Farms Championship.

Kuchar has been piling up birdies at El Camaleon Golf Club, and he began to pull away with four birdies on the front nine. Just like Friday, however, one hole gave him stress. It was the 12th hole in the second round, when he had to make a 35-foot bogey putt. On Saturday, it was a tee shot on the 14th. Kuchar took a penalty from the hazard, and dropped in a good lie a few inches next to the cart path.

Instead of taking relief into deeper rough, he hit with his feet on the path and picked it clean so his fairway metal wouldn’t smack into the cement. It came up just short of the green, and he chipped to 5 feet and made the bogey putt.

Kuchar responded with a tee shot to 4 feet on the par-3 15th to restore his margin to four shots, and he caught a break on the last hole when he pulled his approach, but it struck a tree and came down in light rough to set up a simple up-and-down.

Champ was trying to get into the final group for Sunday with a par on the last hole, but his wedge came out hot from the rough and rolled through the green, his chip came out heavy and he three-putted for double bogey.

Ryder Cup captain Jim Furyk had a 66 and was at 13-under 200. Also seven shots behind was Anirban Lahiri of India, who was tied with Kuchar early on the front line and still in the mix until a double bogey on the 14th hole and a bogey on the 16th. He had to settle for a 69.

Kuchar’s last PGA Tour victory was at Hilton Head in 2014. He won the Fiji International with his dad caddying for him late in 2015, but struggled to contend this year and failed to reach the third FedEx Cup playoff event for the first time in nearly a decade. He also did not make the Ryder Cup team for the first time in 10 years.

“So 2018 has not been my best year, has not been a highlight for me, been a disappointing year,” Kuchar said. “But it’s got signs now of righting the ship and turning into a great start to … maybe it’s a great finish to ’18, great start to ’18-19, however you want to classify the calendar.”