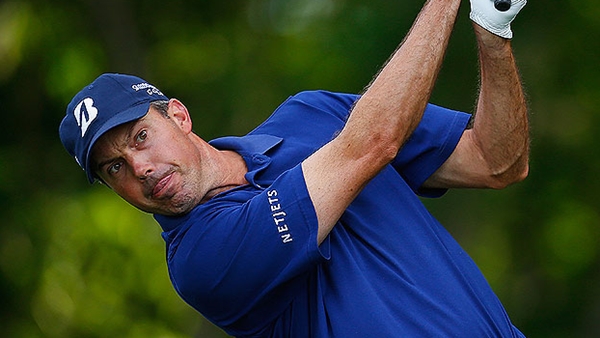 PARAMUS, N.J. – Chalk this up to one of the more bizarre injuries in golf. Matt Kuchar missed the final major of the year when his back locked up on him from having to sit too long in traffic.

Adding to this forgettable tale: He was shopping for a slip-and-slide.

Kuchar was considered among the favorites at the PGA Championship and felt his game was rounding into form after two days of practice at Valhalla. There was a party planned at the house he was staying in Louisville, and Kuchar went looking for a slip-and-slide for the kids. He tried two stores and couldn’t find one.

“Sat in the car for about an hour fighting traffic and when I got back, I thought, `Boy, my back doesn’t feel very good right now,'” Kuchar said Tuesday.

He figured it would loosen up on Wednesday after some treatment – no such luck.

“I took Wednesday off, and figured by the time Thursday comes around it will have loosened up,” he said. “Got treatment, tried to hit balls. Figured I could warm up into it and just couldn’t warm up into it. I guess I basically had gotten a little out of alignment.”

Kuchar was among four Americans with Ryder Cup chances who were injured during the PGA, leading U.S. captain Tom Watson to say they were “falling like flies.” Jason Dufner withdrew with a neck injury and failed to qualify. Tiger Woods had another back injury and subsequently took himself out of consideration as a pick. Dustin Johnson is on “voluntary leave” to seek professional help for “personal challenges.”

Kuchar, though, appears to be fine.

“The muscles kind of locked up and with the help of chiropractor, massage therapist, physical therapist, got it straight again and feel good,” Kuchar said. “They have given me a handful of little exercises to try to help strengthen the area and help prevent this from happening again.”