Lahiri leads by 4 shots as Thomas struggles at CIMB Classic 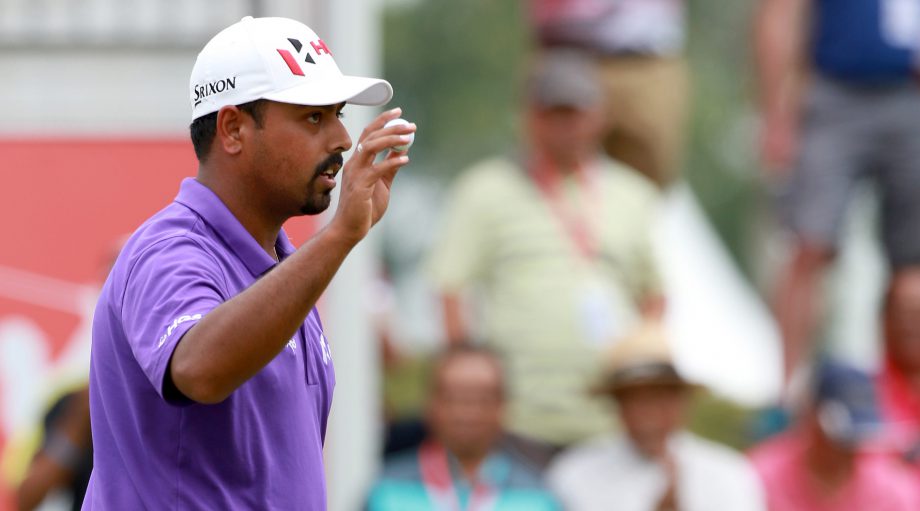 KUALA LUMPUR, Malaysia – Defending champion Justin Thomas endured a terrible start to the third round of the CIMB Classic after the American faltered with three bogeys and a double bogey to finish with a 1-under 71 Saturday.

Thomas was swiftly overtaken by Anirban Lahiri, who shone at the TPC Kuala Lumpur with nine birdies for a 65 to open up a four-shot lead going into the final round on Sunday.

Thomas had two bogeys and a double bogey in the first three holes of the back nine.

“Yeah, it was really just terrible golf for the first 13 holes. To be 4-over par out here, it was a very weird feeling. I don’t know,” he said.

At least the 23-year-old Thomas ended the penultimate round with five consecutive birdies.

“It was great to have that finish,” Thomas said. “I feel like that showed a lot of me and I hope that I can ride the momentum into tomorrow.”

Lahiri’s low score positioned him at 19 under, a mark which could have been better if not for a double bogey on the 12th hole in an otherwise flawless scorecard.

“I just told myself that I got rid of my double-bogey early in the round today and just tried to focus on what I needed to do,” said Lahiri, who was runner-up at the Asian Tour’s Macau Open last week.

“You know, like I said, I feel like I’m hitting it good with my irons, my wedges and I’m putting it good.”

Scotland’s Russell Knox played another solid round for a 68, to move tied for second with Thomas.

Trailing a shot behind them are Derek Fathauer, James Hahn and Hideki Matsuyama, who are tied at 14-under.