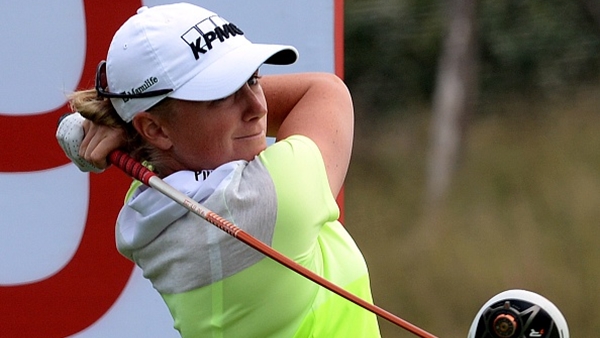 BEIJING – Top-ranked Stacy Lewis birdied five holes on the back nine to shoot a 7-under 66 in the first round of the Reignwood LPGA Classic on Thursday.

The American had seven birdies in her bogey-free round and was one stroke ahead of Caroline Hedwall of Sweden.

Lewis is back in Beijing to try to win the tournament she narrowly lost a year before. She led for most of the final round by one stroke before Chinese golfer Shanshan Feng eagled the par-5 18th hole to win. Lewis finished second.

South Korean players Sun Young Yoo and Jenny Shin were tied for third place at 68 after Thursday’s first round.

Former No. 1 Yani Tseng of Taiwan found some of her old form to shoot a 4-under 69. The five-time major winner has only had two top-10 finishes this year, causing her ranking to slip to No. 66.

Tseng was in a group of six golfers that also included four-time major winner Inbee Park of South Korea.

Feng, the defending champion, had three bogeys on the front nine to finish in a share of 52nd place at 2-over 75.