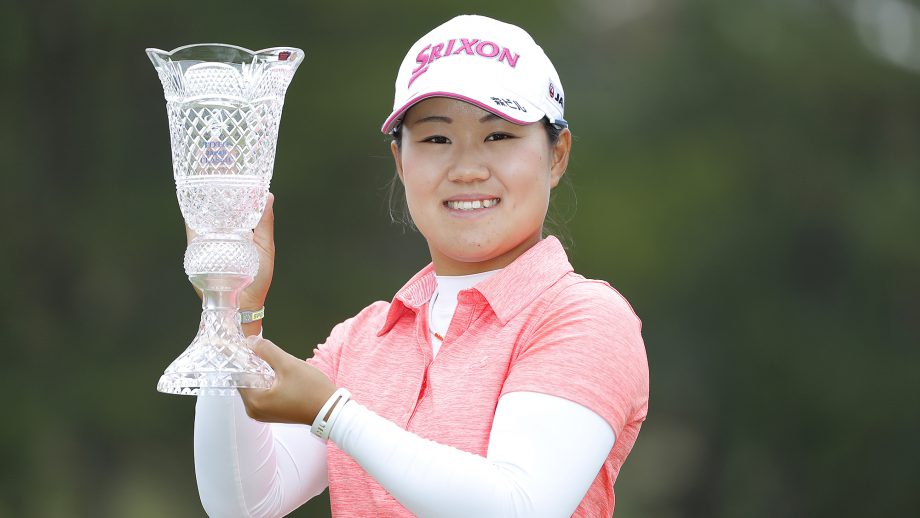 SHIGA, Japan – Local favourite Nasa Hataoka shot a 5-under 67 on Sunday to win the Japan Classic for her second LPGA title of the season.

Hataoka offset a pair of bogeys with seven birdies at the Seta Golf Club to finish at 14-under 202, two strokes ahead of compatriots Momoka Ueda, Saki Nagamine and Spain’s Carlota Ciganda, who all shot 68.

Hataoka, who also won the Arkansas Championship in June, started the final round four strokes behind second-round leader Minjee Lee. Lee quickly faded, playing the opening nine at 7-over 43 and opening the door for Hataoka, who played the same stretch at 4-under 36. Hataoka had a setback after the turn, carding consecutive bogeys at the 11th and 12th and allowing Ciganda to briefly pull into a tie for the lead. But Hataoka regained her confidence with a clutch par save at No. 13, and her birdie at No. 14 reclaimed the lead.

“I realize something has to come to me and I had to get through it, and I knew it was at the 13th hole,” said Hataoka of the putt that saved her round. “I was not totally comfortable with the shot, but I was calm enough to play well on that hole.”

Ciganda had a chance to tie Hataoka at No. 18 but left her birdie putt from above the hole too short. Hataoka’s birdie putt fell, clinching a hard-fought home win.

Lee struggled with her game and had back-to-back bogeys on Nos. 7 and 8 as part of a 78 that left her tied for 15th.

“I didn’t hit the shots that I wanted very solid,” Lee said. “So obviously it didn’t go the way I wanted.”

The LPGA stop in Japan is the fourth of five consecutive tournaments across Asia.

Canada’s Brooke Henderson finished in a tie for 41st.