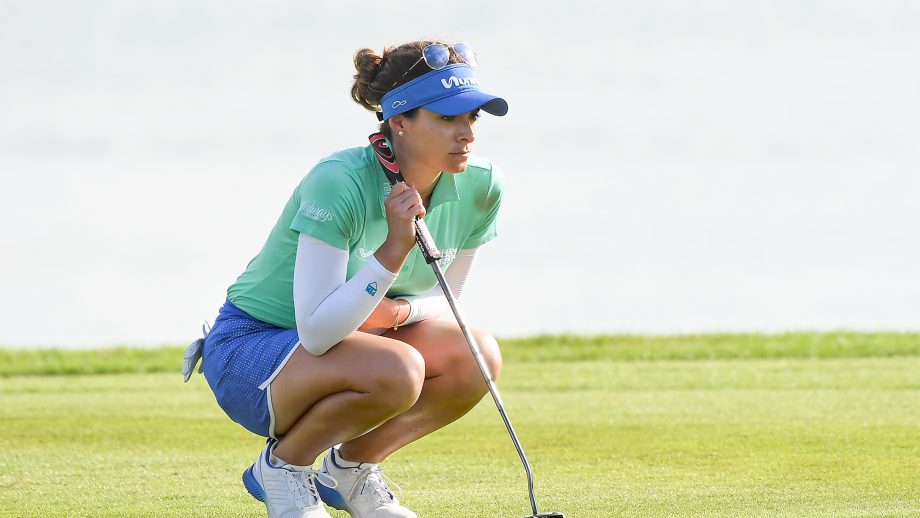 HAINAN ISLAND, China – How’s this for a birthday present?

Gaby Lopez turned 25 on Friday and celebrated with a hole-in-one that helped her to a 6-under-66 and a one-stroke lead over Ariya Jutanugarn after the third round of the Blue Bay LPGA tournament.

Even better, Lopez will be after her first career U.S. LPGA Tour victory in the final round on Saturday and will play in the last group with Ariya, the No. 1-ranked golfer. They also played together on Friday at Jian Lake Blue Bay Golf Club.

“I have been waiting for this moment,” the Mexican said. “I’m very lucky to share the course with the best player in the world. You know, I had fun. I enjoyed today.”

Lopez aced the 17th, knocking in a 7 iron from 181 yards. She also had six birdies including three to open the round. She said it was her eighth hole-in-one.

“As soon as the ball left the club I knew it was a good shot, but I couldn’t see because the sun was in my face,” Lopez explained. “I turned around and my caddie goes, ‘It went in.’ I couldn’t give myself a better birthday present.”

Alena Sharp of Hamilton, Ont., is 4 over for the tourney and 13 shots off the lead. Brittany Marchand of Orangeville, Ont., is 8 over.

Jutanugarn, of Thailand, led by four strokes after the second round but slipped to a 71, which included a bogey on the final hole.

Sung Hyun Park shot a 67 and fellow South Korean Sei Young Kim had a 68 to put them both five strokes behind the leader.

The tournament wraps up five straight weeks of play for the tour in Asia.