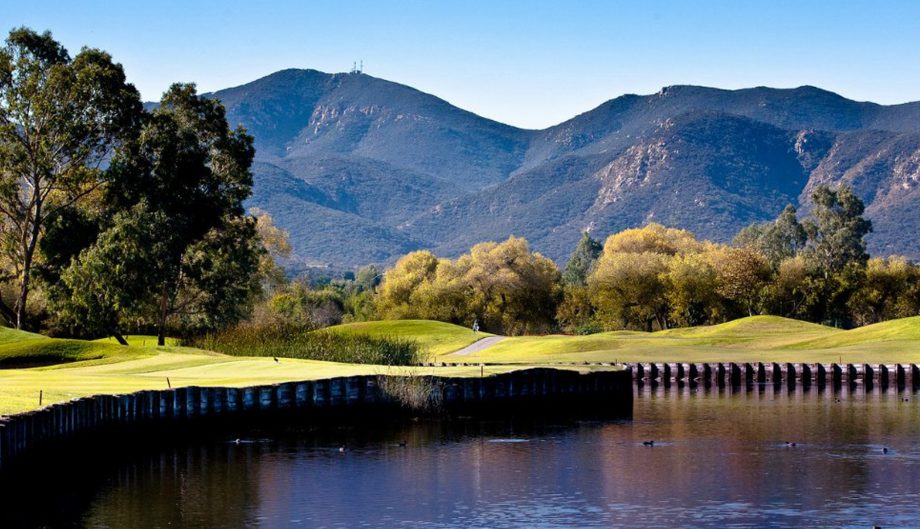 The quest to earn Mackenzie Tour – PGA TOUR Canada status begins this week at Carlton Oaks Country Club in Santee, California, where 120 players will look to earn their cards to compete on the Mackenzie Tour this season. Below are all the details from this week along with storylines to watch for from California:

120 players will compete at each qualifying tournament with hopes of earning their cards for 2017. Below is a breakdown of the status available at each site:

Carlton Oaks, a 7,410-yard layout designed by Perry Dye (son of Pete Dye), has hosted qualifying for the U.S. Amateur as well as the first stage of the PGA TOUR Qualifying Tournament in 2010. Last year, Californian John Chin claimed medalist honours and went on to have a successful season, recording two top-10s and finishing 29th on the Order of Merit.

“You’ve got to be pretty solid tee-to-green. The course is demanding, and pars don’t really hurt you,” says Chin, who went on to earn Web.com Tour status this year and ranks 39th on that Tour’s Money List. “The key is to stay away from big numbers, put your head down and grind away.”

THE START OF SOMETHING BIG

For many players, earning Mackenzie Tour status represents the first step on the path to the PGA TOUR. From college standouts taking their first crack at the professional ranks to players in search of that big break, earning a card at Q-School is the point of embarkation on the dream.

One needs to look no further than the example of Tony Finau, who had yet to find a footing in the professional ranks when he came to Mackenzie Tour Q-School in 2013. Finau earned his card and played a full season in Canada, and the rest is history; he’s since claimed wins on the Web.com Tour and PGA TOUR, and last year made a deep run in the FedExCup Playoffs.

Other Mackenzie Tour alumni to have earned their card at Q-Schools in California include The Five members Greg Eason, Taylor Pendrith and Sam Ryder, 2015 ATB Financial Classic winner Daniel Miernicki.

Below are five in the field to keep an eye on this week in California:

Currently the 15th-ranked player in the World Amateur Golf Rankings, Hoey is in his senior season at the University of Southern California and has already been named an NCAA All-American three times.

A Mackenzie Tour member in 2015 and 2016, Khan was the unlucky No. 61 on the Order of Merit last year to barely miss out on retaining exempt status for 2017. He co-led through 54 holes at last year’s National Capital Open to Support Our Troops.

A veteran of 38 Mackenzie Tour starts, Stinson Monday Qualified five times in 2014 and 2015 and will look to regain full status this week.

The 2012 U.S. Junior Amateur champion decided to forgo college and turned pro in 2013 at age 18, and will look to earn Mackenzie Tour status for the first time.

The son of NHL legend Dale Hawerchuk, Eric has played in six career Mackenzie Tour events and led after round at the British Columbia Q-School last season before narrowly missing out on earning status.

CANADIANS IN THE FIELD (12)

Thanks to his epic hole-out and playoff win in Panama, 2015-16 Mackenzie Tour member Ethan Tracy leads the way among alumni on the Web.com Tour Money List through four events this season. Eight alums are currently in position to finish in The 25 and earn PGA TOUR cards for next season: