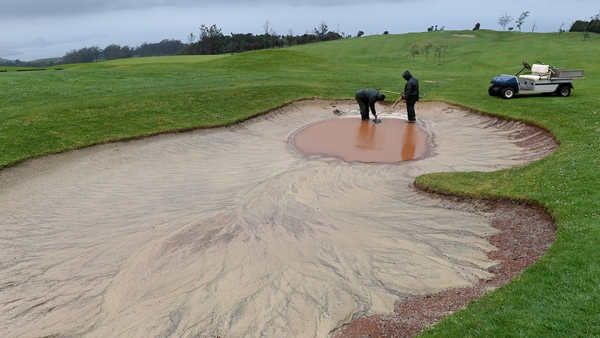 In a statement on the European Tour website, chief operating officer Keith Waters said “we are already in discussions with the club and the sponsors to reschedule the event for another week” later this season.

Heavy winds and rain sweeping the Portuguese island for the previous three days did not let up, leaving the Clube de Golf Santo da Serra flooded.

Organizers had already reduced the tournament to 36 holes on Saturday in an effort to salvage the European Tour event.

The field was only able to complete the first round on Saturday, with Denmark’s Joachim B. Hansen leading by one stroke.

This is the second straight year weather has disrupted the tournament.

Last year, heavy fog during the first three days forced organizers to reduce it to 36 holes.