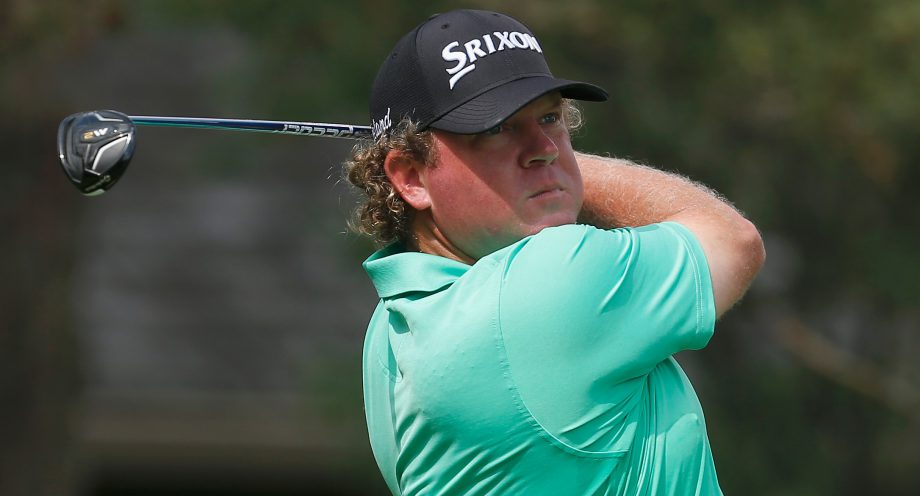 DUBLIN, Ohio – William McGirt won for the first time in 165 starts on the PGA Tour, and the timing couldn’t have been better.

McGirt played the final 22 holes of the Memorial without a bogey, and his 6-foot par on the second extra hole to beat Jon Curran, earn a handshake from host Jack Nicklaus and move high enough in the world ranking (No. 43) to get into the U.S. Open in two weeks at Oakmont.

He had to work harder than ever for his first victory.

McGirt, who made one birdie in his closing round of 1-under 71, kept it steady as everyone around him was falling apart on the back nine. His final par in regulation was the most important, a two-putt from 65 feet to join Curran in a playoff.

Curran showed his mettle, too, hitting out of a fairway bunker on the 17th hole to 7 feet for a birdie that carried him to a 70.

McGirt was in trouble on the first playoff hole until he played expertly from the deep bunker short and left of the green, using the slope behind the hole for the ball to roll back to a few feet for par. Curran missed his 25-foot birdie putt for the win.

Returning to the 18th for the third time, both players were in trouble. McGirt went over the green from the fairway. Curran went from a fairway bunker into the gallery, pitched long and two-putted for bogey. McGirt played a superb flop shot than ran out just over 6 feet from the cup, and he clenched his fist before it even dropped in.

It was the third straight year the Memorial was won by a first-time PGA Tour champion, following David Lingmerth and Hideki Matsuyama.

Jason Day, a Muirfield Village member who had never cracked the top 25, kept that streak going even though he started Sunday in contention. Day closed with a 74 finished in a tie for 27th, matching his best finish at the Memorial.

Twenty players were separated by four shots going into the final round, and not much changed throughout the day. What finally brought some separation were mistakes, and the surprise was that it came from players with far more experience winning than Curran or McGirt.

Matt Kuchar, the 2013 winner at Muirfield Village, had the lead at 16 under when he played too far away from the pin at the par-3 12th and made bogey, and then effectively took himself out of the tournament when it took two shots to get out of a fairway bunker on the next hole in making double bogey.

Emiliano Grillo of Argentina, who began the PGA Tour season by winning the Frys.com Open, was the first to get to 16 under. It didn’t last long. He began the back nine with four straight bogeys and never quite recovered.

Johnson also had a share of the lead at 16 under until a bogey to start the back nine and a long three-putt bogey on the 12th. He was still in the game until missing a 6-foot par putt on the 16th hole, and his birdie at the final hole was too late. It was his fifth top-five finish this season.

Gary Woodland also was in prime position to win until he ran off three straight bogeys around the turn, and his hopes ended when he failed to get up-and-down from behind the 17th green.

Instead, the final act belonged to Curran and McGirt, neither of whom had ever won on the PGA Tour.

Curran, who plays out of the Bear’s Club that Nicklaus built in south Florida, lost in a five-way playoff a year ago in the Puerto Rico Open. McGirt has had a couple of close calls, including a 54-hole lead at Riviera in 2015 and missing the playoff by one shot in Mississippi last fall.

They both played down the stretch as if they had been in this position before.