McIlroy looking to end a great year on a big note 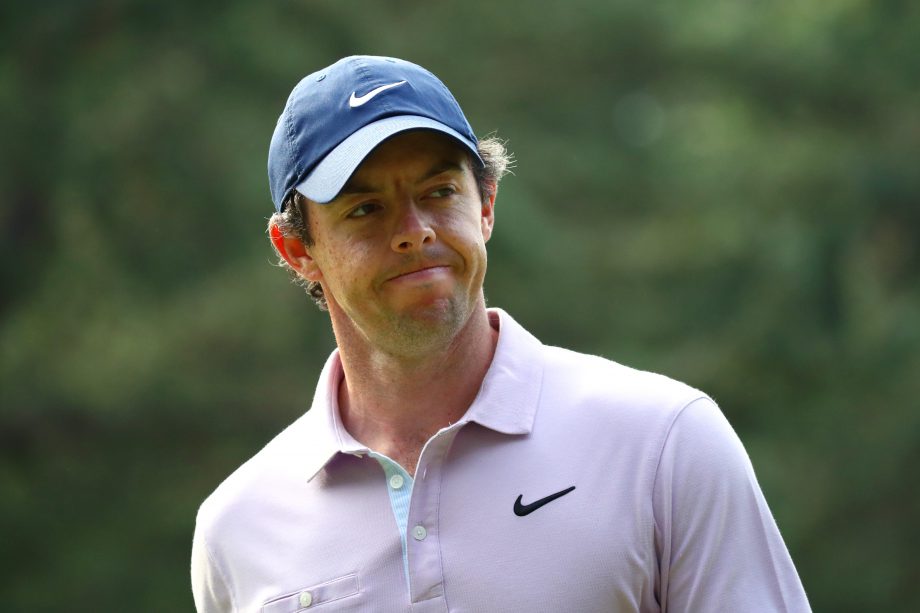 SHANGHAI – Already the FedEx Cup champion and PGA Tour player of the year, Rory McIlroy has found plenty of motivation toward the back end of the year.

Most of it is geared toward reaping rewards next year.

McIlroy is coming off a tie for third last week in Japan, a tournament he was never going to win after a bad start. He still managed his 17th top 10 of the year out of 23 tournaments worldwide, inching a little closer to Brooks Koepka at No. 1 in the world.

“I don’t think I’ll get there by the end of the year,” McIlroy said Wednesday at the HSBC Champions, the final World Golf Championships event of the year. “But if I play well the next few weeks, I’ll have a great platform going into next year.”

He is the leading figure at Sheshan International, where the field is slightly weaker than years past because Koepka and Dustin Johnson, two regulars at the HSBC Champions, are home in Florida recovering from knee issues.

Koepka will not play another official event the rest of the year. He withdrew from the CJ Cup in South Korea when his foot slipped on a piece of wet cement leaving a tee box and he planted hard with his left knee, which had received stem cell treatment during his off-season.

He chose not to play the Hero World Challenge in the Bahamas, and still to be determined is whether he plays the Presidents Cup. McIlroy has the HSBC Champions and the DP World Tour Championship in Dubai, with hopes of narrowing the gap.

McIlroy started the year at No. 8 and moved up to No. 2 through his three victories—The Players Championship, Tour Championship and RBC Canadian Open—along with runner-up finishes in two World Golf Championships.

“I’ve achieved most things that I’ve wanted to this year,” McIlroy said. “Just want to finish the year off strongly because I feel the year that I’ve had deserves a finish like that.”

What he didn’t achieve was winning a major, making it five years since his last major tile. He also has gone four years since capturing a WGC event, though he has performed well in them this year – runner-up to Johnson in Mexico and Koepka in Memphis, a bitter loss in the fourth round to Tiger Woods in Texas at the Match Play.

Xander Schauffele is the defending champion at the HSBC Champions, and he’ll try to win again without much of a voice. Schauffele got sick during the ZoZo Championship in Japan last week and withdrew from the pro-am Wednesday to try to be in fighting shape.

The field also features resurgent Hideki Matsuyama, who tied for third in South Korea and was runner-up to Woods last week before a frenzied gallery in his native Japan; and Justin Rose, who also wants to finish the year strong for other reasons.

Rose, who was No. 1 in the world for the opening two months of the year, has gone the opposite direction of McIlroy. He is at No. 8, and hopes to get back on track at the tournament where he rallied from eight shots behind to win in 2017.

He is at No. 29 in the Race to Dubai, a long shot to win, although he was quick to point out that was the position he was in two years ago. He won in Shanghai, he won the following week in Turkey and nearly pulled it off in Dubai.

“I’ve probably got to win the last three to challenge the guys that are doing really well, but that’s the situation I put myself in 2017 and I very nearly did it,” Rose said. “Looking forward to going back to the well and trying again.”

One change this year for Rose is his travel schedule. Unlike 2017, when he played two weeks, flew home to the Bahamas and then returned to Dubai, he is going to London after two weeks to ease the wear-and-tear of travel.

The HSBC Champions is the last chance for players to audition as wild-card picks for the Presidents Cup, and most everyone on the bubble is here – Tony Finau, Patrick Reed, Kevin Kisner and Chez Reavie for the Americans, a longer list of International players from Sungjae Im and Byeong Hun An of South Korea, Adam Hadwin and Corey Conners of South Africa, Justin Harding and Erik van Rooyen of South Africa.

Reavie is among 18 players who have gone to all three PGA Tour events on the Asia swing.